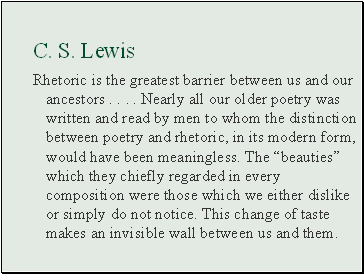 Rhetoric is the greatest barrier between us and our ancestors . . . . Nearly all our older poetry was written and read by men to whom the distinction between poetry and rhetoric, in its modern form, would have been meaningless. The “beauties” which they chiefly regarded in every composition were those which we either dislike or simply do not notice. This change of taste makes an invisible wall between us and them. 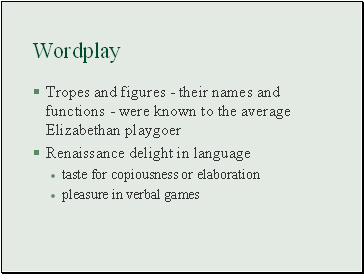 taste for copiousness or elaboration 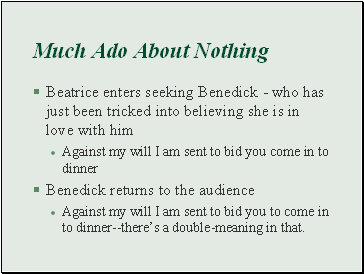 Benedick returns to the audience

Against my will I am sent to bid you to come in to dinner--there’s a double-meaning in that. 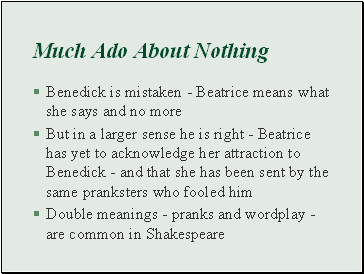 Benedick is mistaken - Beatrice means what she says and no more

Double meanings - pranks and wordplay - are common in Shakespeare 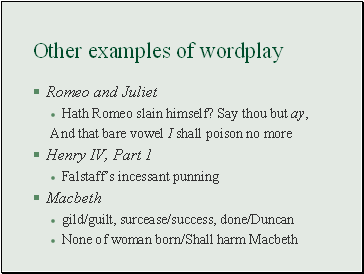 Other examples of wordplay

Hath Romeo slain himself? Say thou but ay,

And that bare vowel I shall poison no more

None of woman born/Shall harm Macbeth 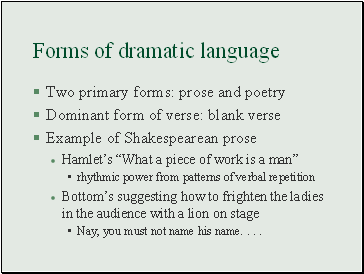 Hamlet’s “What a piece of work is a man” 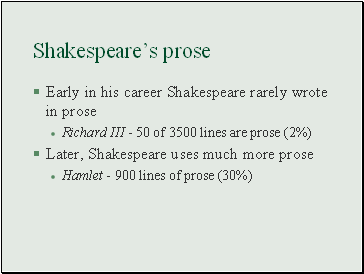 Early in his career Shakespeare rarely wrote in prose 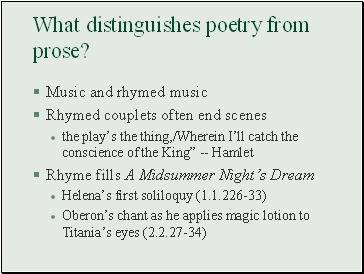 What distinguishes poetry from prose?