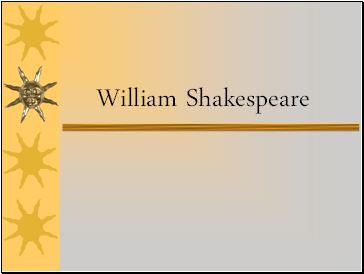 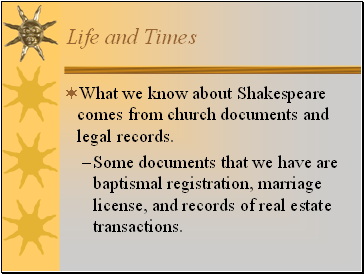 What we know about Shakespeare comes from church documents and legal records.

Some documents that we have are baptismal registration, marriage license, and records of real estate transactions. 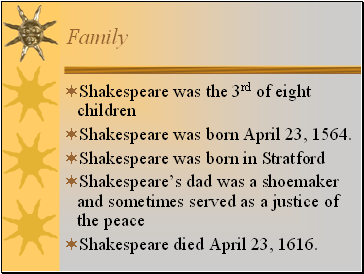 Shakespeare was the 3rd of eight children

Shakespeare was born in Stratford 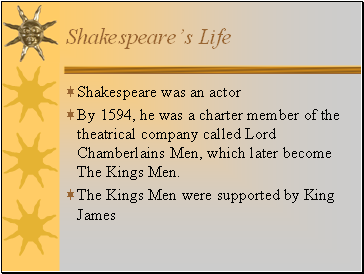 Shakespeare was an actor

By 1594, he was a charter member of the theatrical company called Lord Chamberlains Men, which later become The Kings Men.

The Kings Men were supported by King James 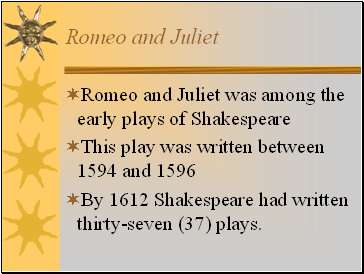 Romeo and Juliet was among the early plays of Shakespeare 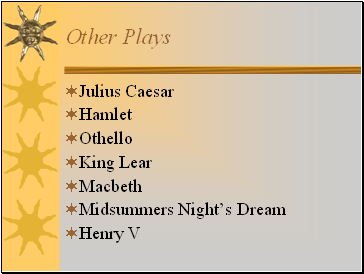 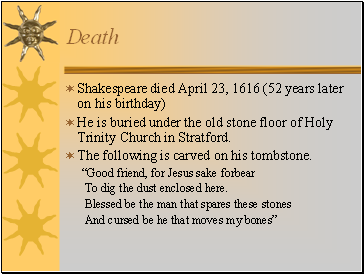 He is buried under the old stone floor of Holy Trinity Church in Stratford.

The following is carved on his tombstone.

To dig the dust enclosed here.

Blessed be the man that spares these stones

And cursed be he that moves my bones” 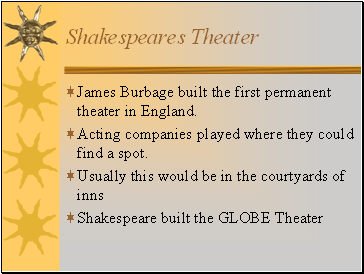 Acting companies played where they could find a spot.

Usually this would be in the courtyards of inns 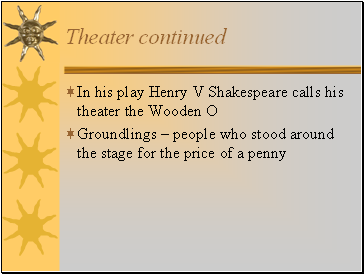 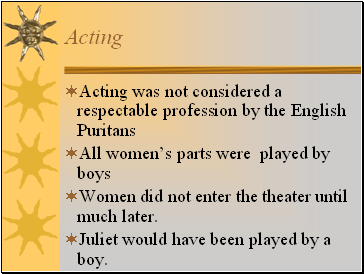 Acting was not considered a respectable profession by the English Puritans

All women’s parts were played by boys