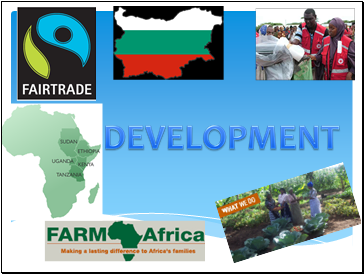 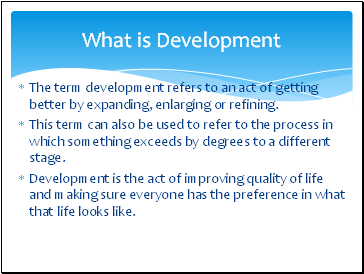 The term development refers to an act of getting better by expanding, enlarging or refining.

This term can also be used to refer to the process in which something exceeds by degrees to a different stage.

Development is the act of improving quality of life and making sure everyone has the preference in what that life looks like. 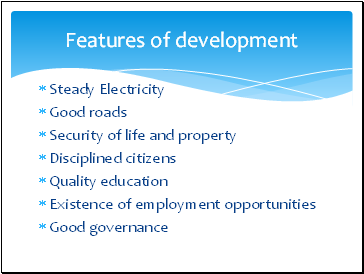 Security of life and property 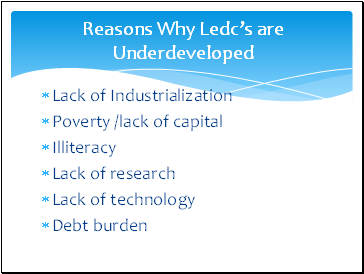 Reasons Why Ledc’s are Underdeveloped 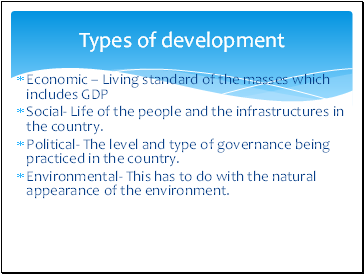 Economic – Living standard of the masses which includes GDP

Social- Life of the people and the infrastructures in the country.

Political- The level and type of governance being practiced in the country.

Environmental- This has to do with the natural appearance of the environment. 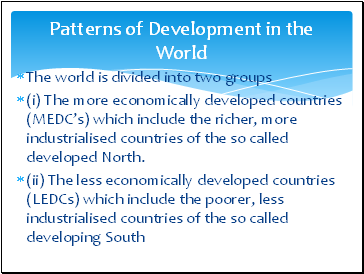 Patterns of Development in the World

The world is divided into two groups

(i) The more economically developed countries (MEDC’s) which include the richer, more industrialised countries of the so called developed North.

(ii) The less economically developed countries (LEDCs) which include the poorer, less industrialised countries of the so called developing South 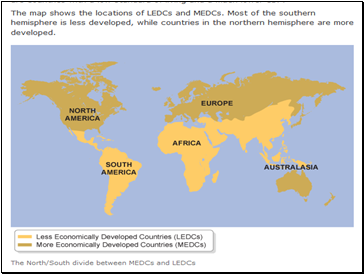 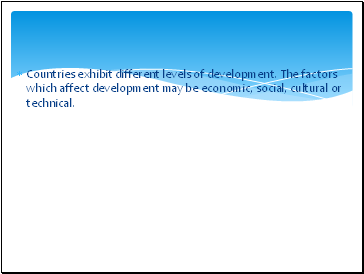 Countries exhibit different levels of development. The factors which affect development may be economic, social, cultural or technical. 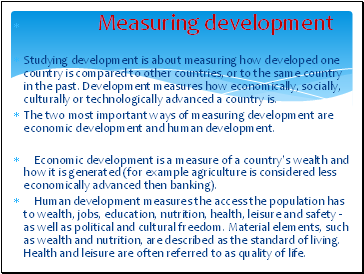 Studying development is about measuring how developed one country is compared to other countries, or to the same country in the past. Development measures how economically, socially, culturally or technologically advanced a country is.

Economic development is a measure of a country's wealth and how it is generated (for example agriculture is considered less economically advanced then banking).