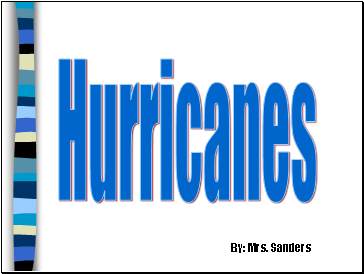 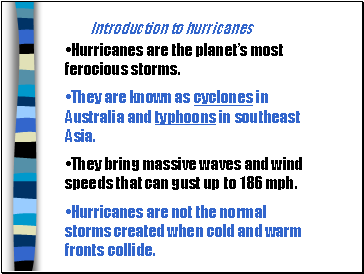 Hurricanes are the planet’s most ferocious storms.

They are known as cyclones in Australia and typhoons in southeast Asia.

They bring massive waves and wind speeds that can gust up to 186 mph.

Hurricanes are not the normal storms created when cold and warm fronts collide. 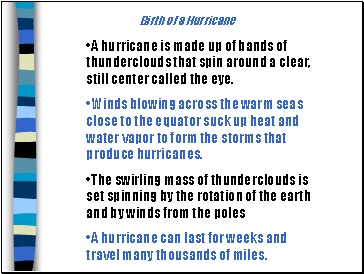 Birth of a Hurricane

A hurricane is made up of bands of thunderclouds that spin around a clear, still center called the eye.

Winds blowing across the warm seas close to the equator suck up heat and water vapor to form the storms that produce hurricanes.

A hurricane can last for weeks and travel many thousands of miles. 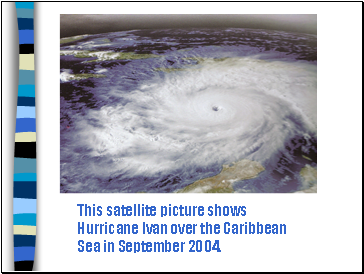 This satellite picture shows Hurricane Ivan over the Caribbean Sea in September 2004. 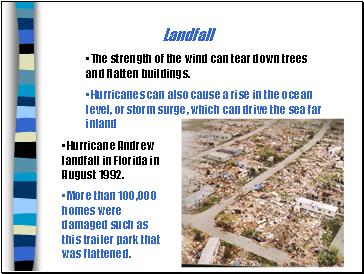 The strength of the wind can tear down trees and flatten buildings.

Hurricanes can also cause a rise in the ocean level, or storm surge, which can drive the sea far inland

More than 100,000 homes were damaged such as this trailer park that was flattened. 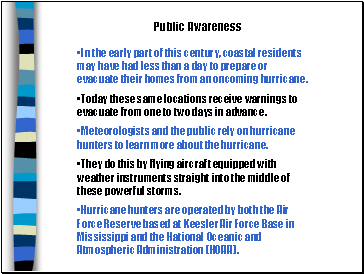 In the early part of this century, coastal residents may have had less than a day to prepare or evacuate their homes from an oncoming hurricane.

Today these same locations receive warnings to evacuate from one to two days in advance.

Meteorologists and the public rely on hurricane hunters to learn more about the hurricane.

They do this by flying aircraft equipped with weather instruments straight into the middle of these powerful storms.

Hurricane hunters are operated by both the Air Force Reserve based at Keesler Air Force Base in Mississippi and the National Oceanic and Atmospheric Administration (NOAA). 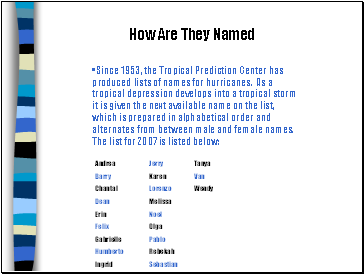 How Are They Named

Since 1953, the Tropical Prediction Center has produced lists of names for hurricanes. As a tropical depression develops into a tropical storm it is given the next available name on the list, which is prepared in alphabetical order and alternates from between male and female names. The list for 2007 is listed below: