2.What “paper” did Egyptians write on?

3. What is an Egyptian ruler called?

4.What writing system did Egyptians use?

5.What other African kingdom did Egypt trade and interact with?

6. What type of economic system did Egypt have? 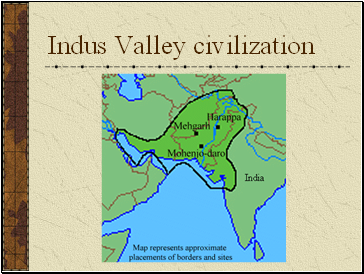 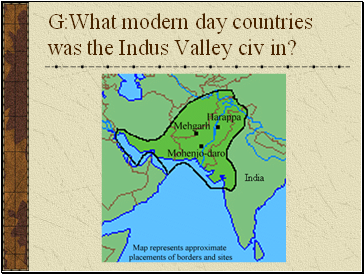 G:What modern day countries was the Indus Valley civ in? 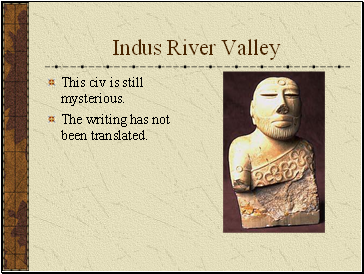 This civ is still mysterious.

The writing has not been translated. 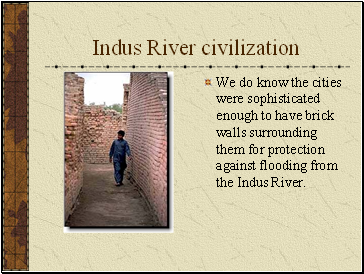 We do know the cities were sophisticated enough to have brick walls surrounding them for protection against flooding from the Indus River. 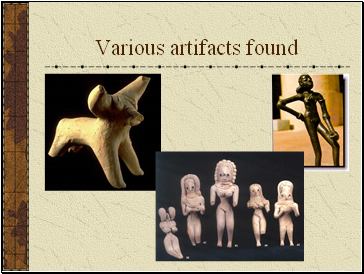 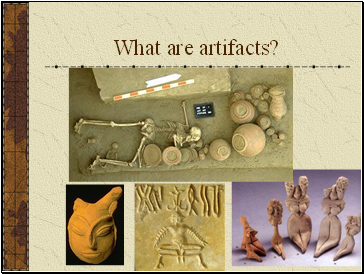 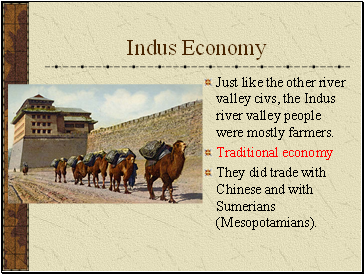 They did trade with Chinese and with Sumerians (Mesopotamians). 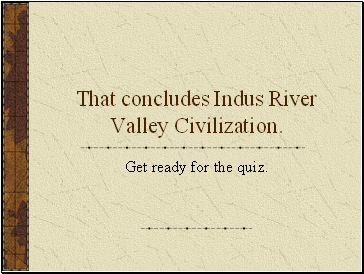 Get ready for the quiz. 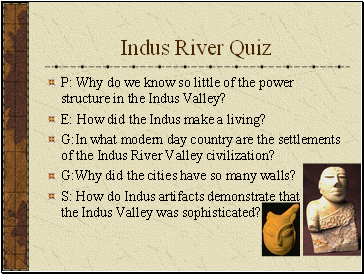 P: Why do we know so little of the power structure in the Indus Valley?

E: How did the Indus make a living?

G:In what modern day country are the settlements of the Indus River Valley civilization?

G:Why did the cities have so many walls?

S: How do Indus artifacts demonstrate that the the the Indus Valley was sophisticated? 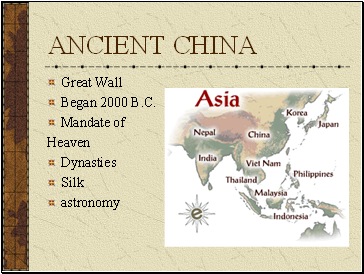 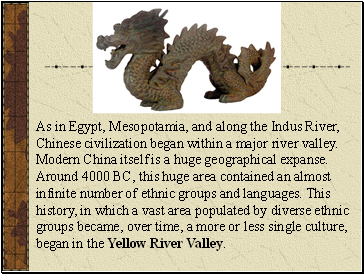 As in Egypt, Mesopotamia, and along the Indus River, Chinese civilization began within a major river valley. Modern China itself is a huge geographical expanse. Around 4000 BC, this huge area contained an almost infinite number of ethnic groups and languages. This history, in which a vast area populated by diverse ethnic groups became, over time, a more or less single culture, began in the Yellow River Valley.