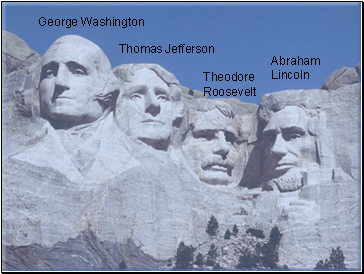 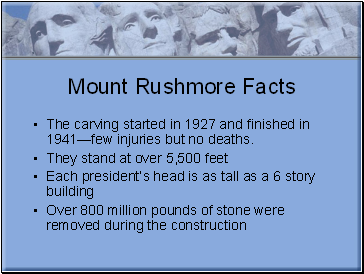 The carving started in 1927 and finished in 1941—few injuries but no deaths.

Over 800 million pounds of stone were removed during the construction 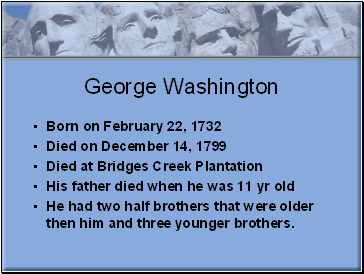 His father died when he was 11 yr old

He had two half brothers that were older then him and three younger brothers. 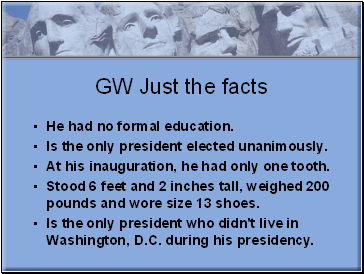 He had no formal education.

Is the only president elected unanimously.

At his inauguration, he had only one tooth.

Is the only president who didn't live in Washington, D.C. during his presidency. 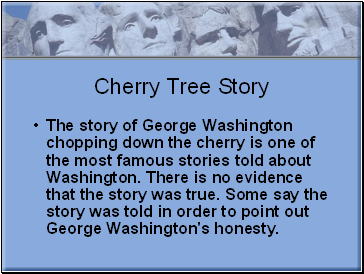 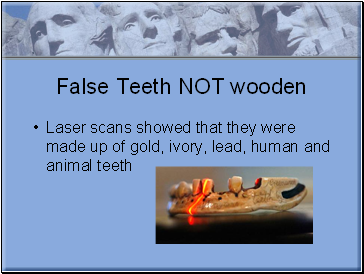 Laser scans showed that they were made up of gold, ivory, lead, human and animal teeth 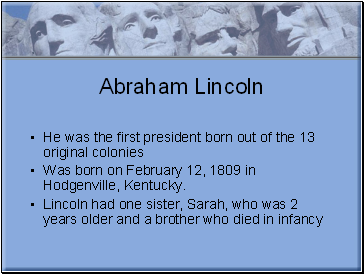 Lincoln had one sister, Sarah, who was 2 years older and a brother who died in infancy 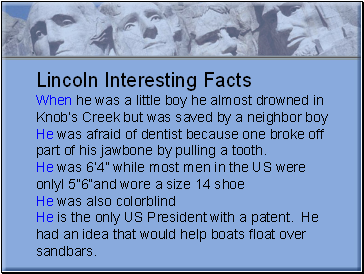 When he was a little boy he almost drowned in Knob’s Creek but was saved by a neighbor boy He was afraid of dentist because one broke off part of his jawbone by pulling a tooth. He was 6’4” while most men in the US were onlyl 5”6”and wore a size 14 shoe He was also colorblind He is the only US President with a patent. He had an idea that would help boats float over sandbars. 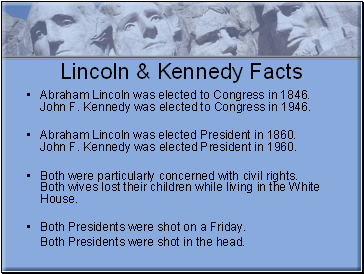