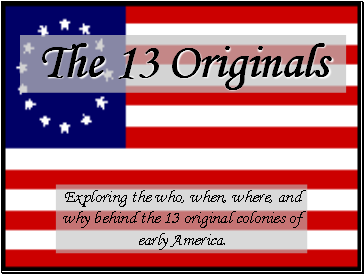 Exploring the who, when, where, and why behind the 13 original colonies of early America. 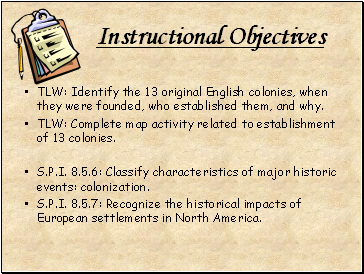 TLW: Identify the 13 original English colonies, when they were founded, who established them, and why. 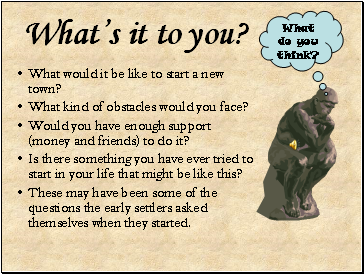 What’s it to you?

What would it be like to start a new town?

What kind of obstacles would you face?

Would you have enough support (money and friends) to do it?

Is there something you have ever tried to start in your life that might be like this?

These may have been some of the questions the early settlers asked themselves when they started. 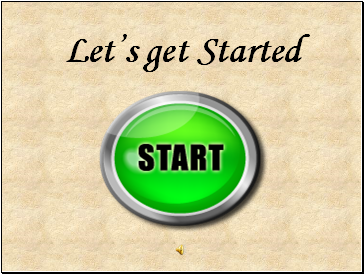 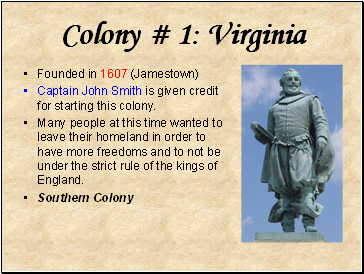 Captain John Smith is given credit for starting this colony.

Many people at this time wanted to leave their homeland in order to have more freedoms and to not be under the strict rule of the kings of England. 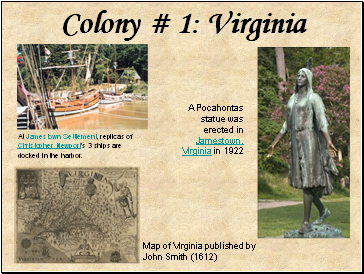 At Jamestown Settlement, replicas of Christopher Newport's 3 ships are docked in the harbor.

A Pocahontas statue was erected in Jamestown, Virginia in 1922 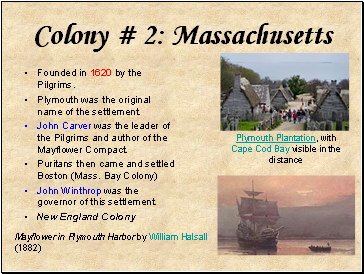 Plymouth was the original name of the settlement.

John Carver was the leader of the Pilgrims and author of the Mayflower Compact.

John Winthrop was the governor of this settlement.

Plymouth Plantation, with Cape Cod Bay visible in the distance 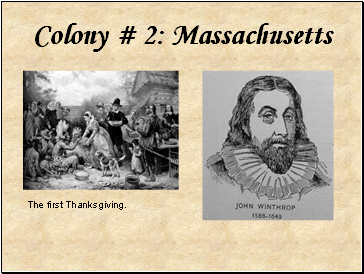 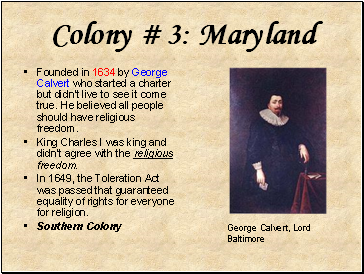 Founded in 1634 by George Calvert who started a charter but didn’t live to see it come true. He believed all people should have religious freedom.