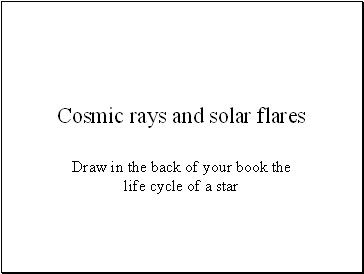 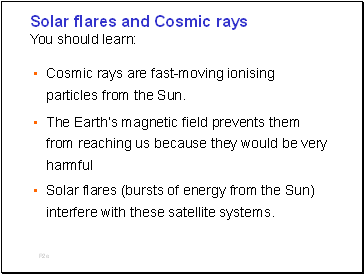 Cosmic rays are fast-moving ionising particles from the Sun.

Solar flares (bursts of energy from the Sun) interfere with these satellite systems. 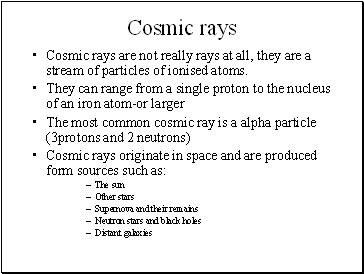 Cosmic rays are not really rays at all, they are a stream of particles of ionised atoms.

Cosmic rays originate in space and are produced form sources such as:

Supernova and their remains 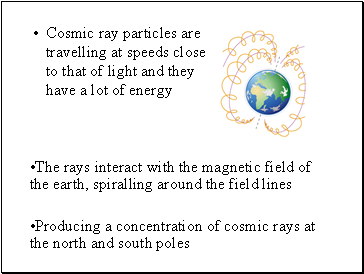 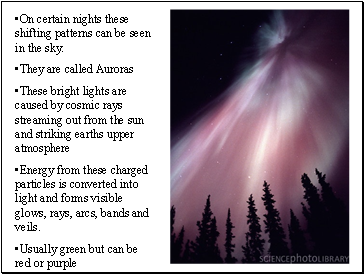 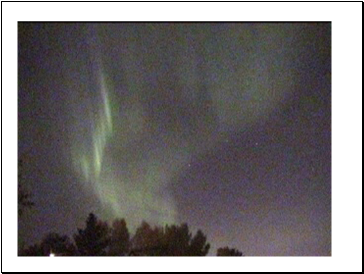 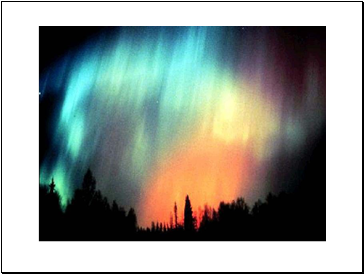 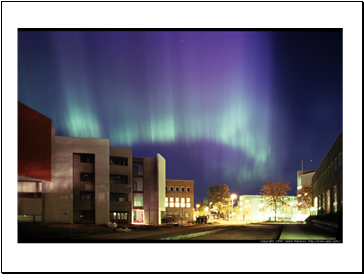 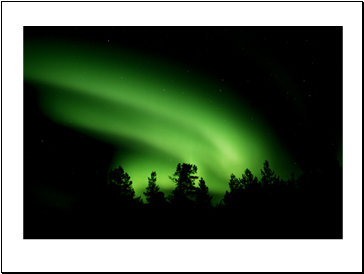 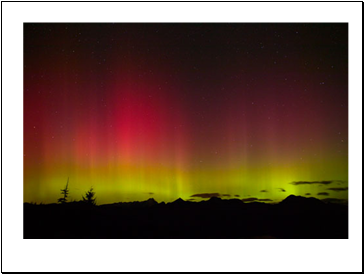 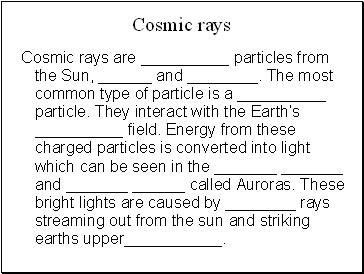 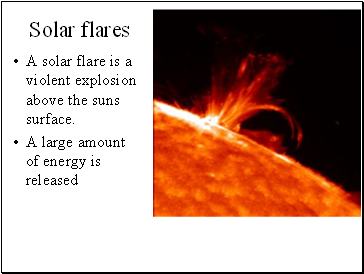 A solar flare is a violent explosion above the suns surface.

A large amount of energy is released 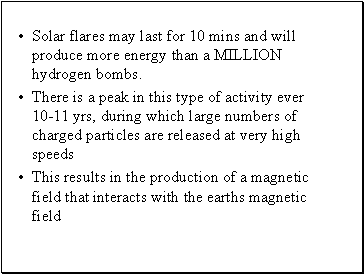 Solar flares may last for 10 mins and will produce more energy than a MILLION hydrogen bombs.

There is a peak in this type of activity ever 10-11 yrs, during which large numbers of charged particles are released at very high speeds 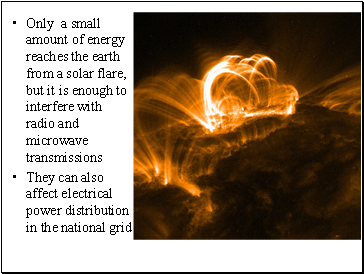 Only a small amount of energy reaches the earth from a solar flare, but it is enough to interfere with radio and microwave transmissions

They can also affect electrical power distribution in the national grid