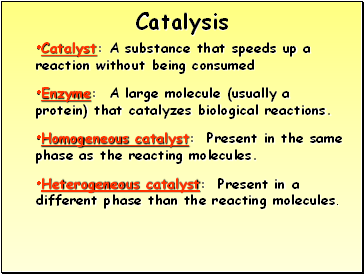 Catalyst: A substance that speeds up a reaction without being consumed

Homogeneous catalyst: Present in the same phase as the reacting molecules.

Heterogeneous catalyst: Present in a different phase than the reacting molecules. 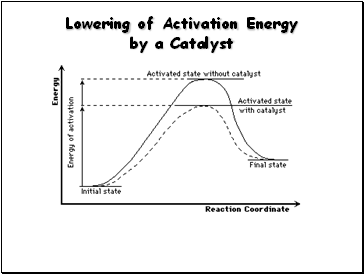 Lowering of Activation Energy by a Catalyst 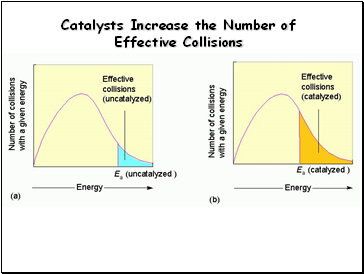 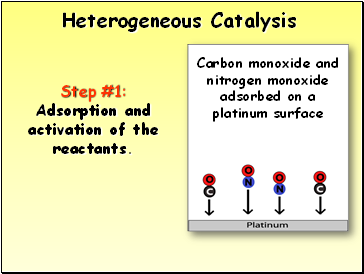 Step #1: Adsorption and activation of the reactants. 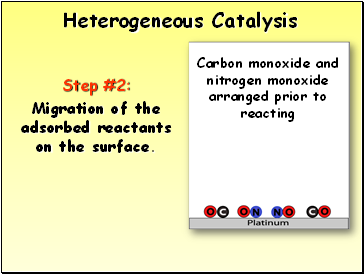 Migration of the adsorbed reactants on the surface. 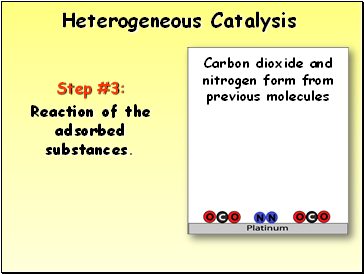 Reaction of the adsorbed substances. 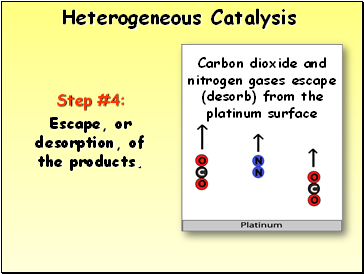 Escape, or desorption, of the products.