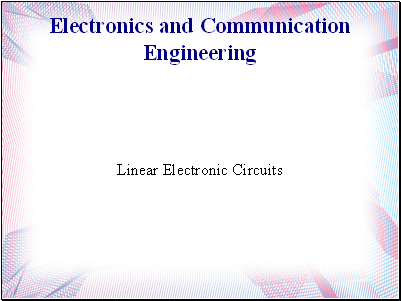 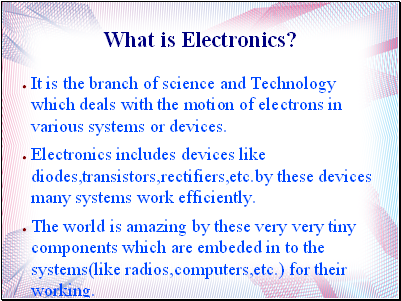 ● It is the branch of science and Technology which deals with the motion of electrons in various systems or devices.

● The world is amazing by these very very tiny components which are embeded in to the systems(like radios,computers,etc.) for their working. 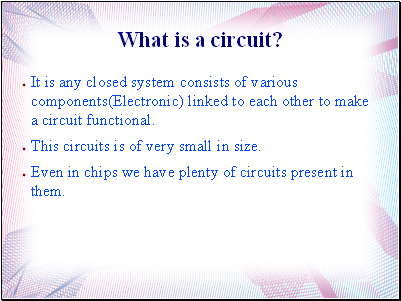 What is a circuit?

● It is any closed system consists of various components(Electronic) linked to each other to make a circuit functional.

● This circuits is of very small in size.

● Even in chips we have plenty of circuits present in them. 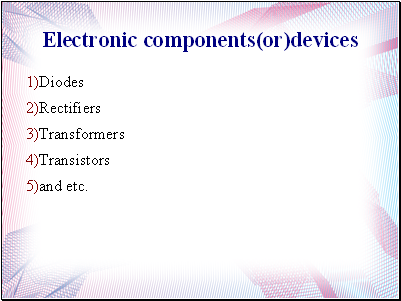 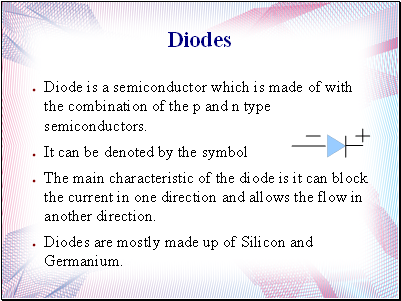 ● It can be denoted by the symbol

● The main characteristic of the diode is it can block the current in one direction and allows the flow in another direction.

● Diodes are mostly made up of Silicon and Germanium. 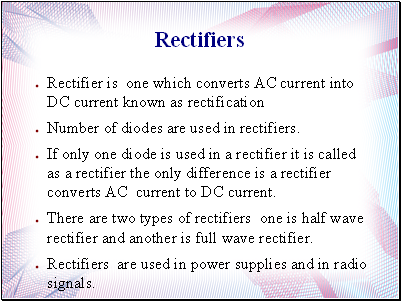 ● Number of diodes are used in rectifiers.

● Rectifiers are used in power supplies and in radio signals. 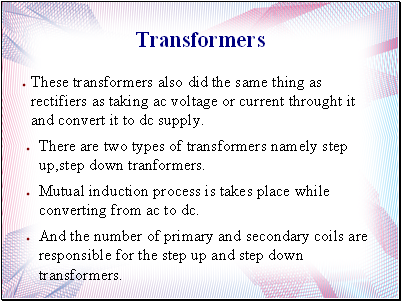 ● These transformers also did the same thing as rectifiers as taking ac voltage or current throught it and convert it to dc supply.

● There are two types of transformers namely step up,step down tranformers.

● Mutual induction process is takes place while converting from ac to dc.

● And the number of primary and secondary coils are responsible for the step up and step down transformers.