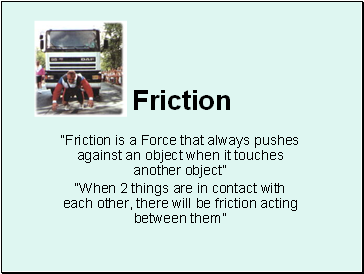 “When 2 things are in contact with each other, there will be friction acting between them” 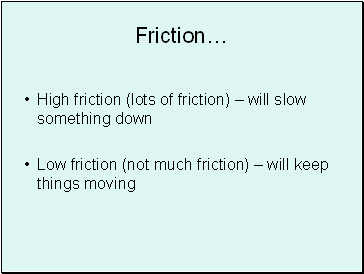 High friction (lots of friction) – will slow something down

Low friction (not much friction) – will keep things moving 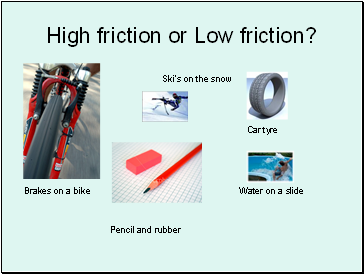 Ski’s on the snow

Brakes on a bike Water on a slide 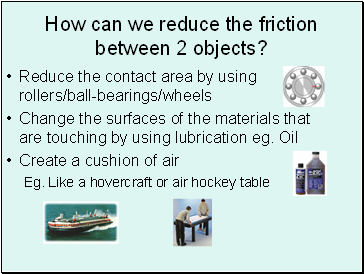 How can we reduce the friction between 2 objects?

Change the surfaces of the materials that are touching by using lubrication eg. Oil

Create a cushion of air 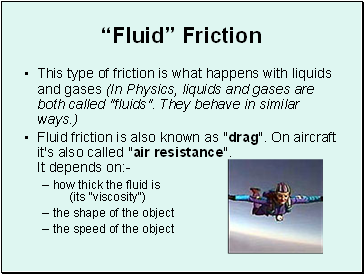 Fluid friction is also known as "drag". On aircraft it's also called "air resistance". It depends on:-

how thick the fluid is (its "viscosity")

the shape of the object

the speed of the object 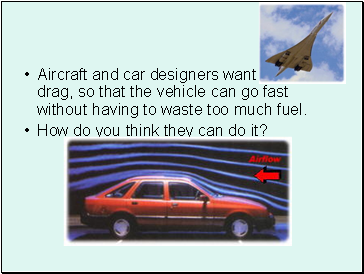 Aircraft and car designers want to reduce drag, so that the vehicle can go fast without having to waste too much fuel.

How do you think they can do it? 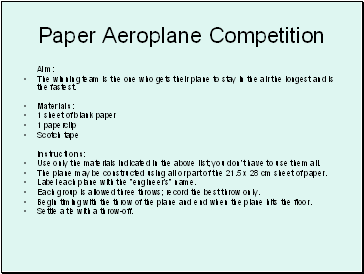 The winning team is the one who gets their plane to stay in the air the longest and is the fastest.

Use only the materials indicated in the above list; you don’t have to use them all.

The plane may be constructed using all or part of the 21.5 x 28 cm sheet of paper.

Label each plane with the "engineer’s" name.

Each group is allowed three throws; record the best throw only.

Begin timing with the throw of the plane and end when the plane hits the floor.

Settle a tie with a throw-off.