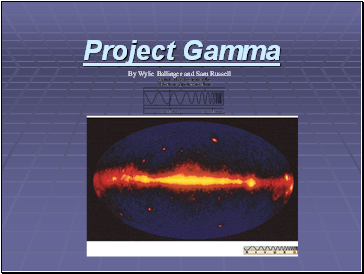 By Wylie Ballinger and Sam Russell 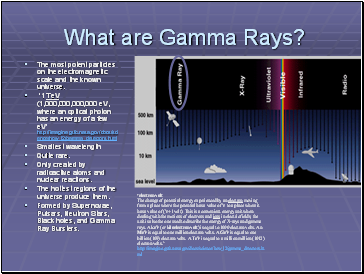 What are Gamma Rays?

The most potent particles on the electromagnetic scale and the known universe.

Only created by radioactive atoms and nuclear reactions.

The hottest regions of the universe produce them. 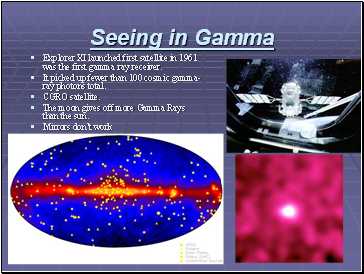 It picked up fewer than 100 cosmic gamma-ray photons total.

The moon gives off more Gamma Rays than the sun. 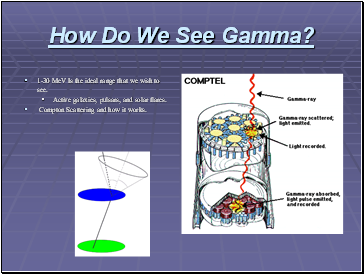 How Do We See Gamma?

Compton Scattering and how it works. 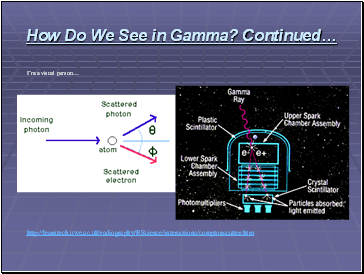 How Do We See in Gamma? Continued… 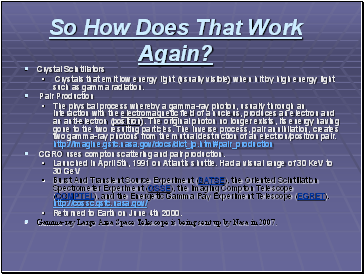 So How Does That Work Again?

The physical process whereby a gamma-ray photon, usually through an interaction with the electromagnetic field of a nucleus, produces an electron and an anti-electron (positron). The original photon no longer exists, its energy having gone to the two resulting particles. The inverse process, pair annihilation, creates two gamma-ray photons from the mutual destruction of an electron/positron pair. http://imagine.gsfc.nasa.gov/docs/dict_jp.html#pair_production