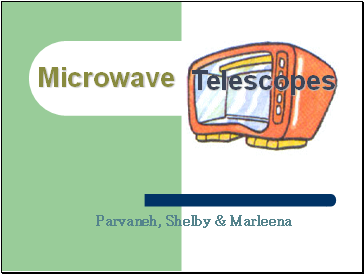 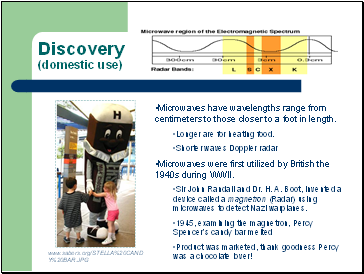 Microwaves have wavelengths range from centimeters to those closer to a foot in length.

Longer are for heating food.

Microwaves were first utilized by British the 1940s during WWII.

Product was marketed, thank goodness Percy was a chocolate lover! 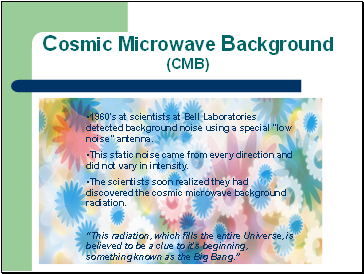 This static noise came from every direction and did not vary in intensity.

The scientists soon realized they had discovered the cosmic microwave background radiation.

“This radiation, which fills the entire Universe, is believed to be a clue to it's beginning, something known as the Big Bang.” 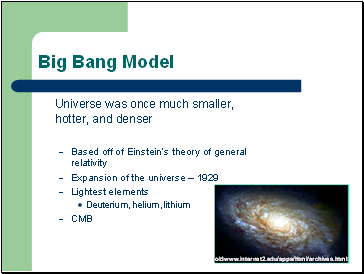 Universe was once much smaller, hotter, and denser

Based off of Einstein’s theory of general relativity 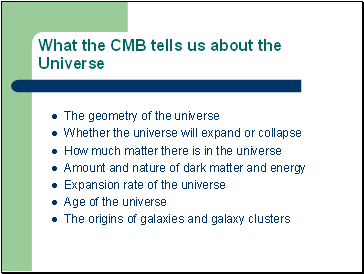 What the CMB tells us about the Universe

The geometry of the universe

Whether the universe will expand or collapse

How much matter there is in the universe

Amount and nature of dark matter and energy

Expansion rate of the universe

Age of the universe

The origins of galaxies and galaxy clusters 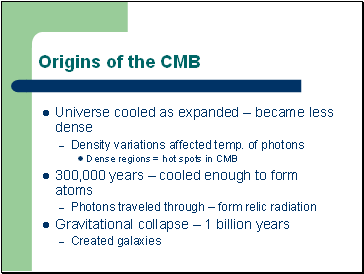 Origins of the CMB 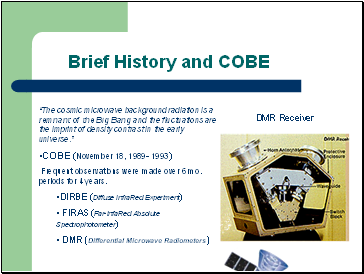 “The cosmic microwave background radiation is a remnant of the Big Bang and the fluctuations are the imprint of density contrast in the early universe.”

Frequent observations were made over 6 mo. periods for 4 years.