A black hole is formed if enough of this dense matter is left behind after a supernova explosion then the gravitational field is so strong that nothing can escape not even light. 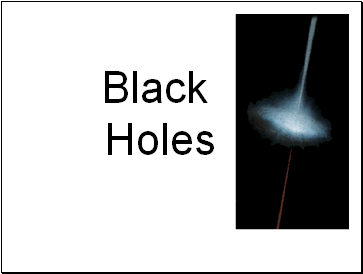 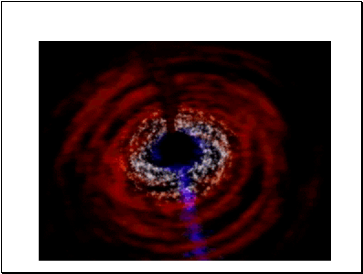 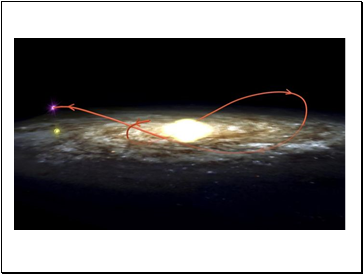 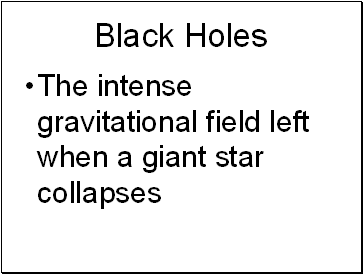 The intense gravitational field left when a giant star collapses 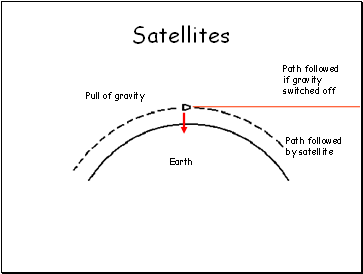 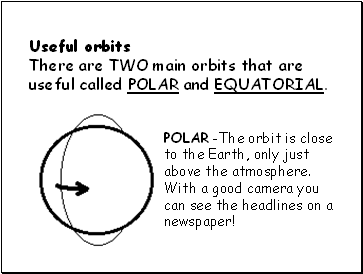 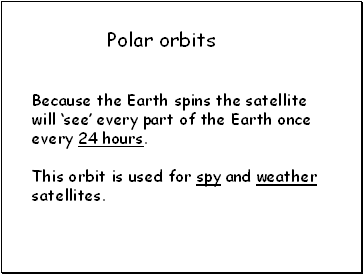 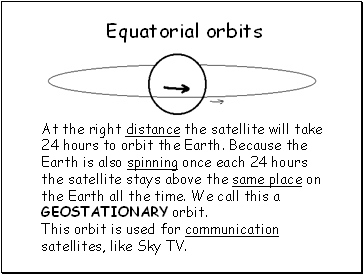 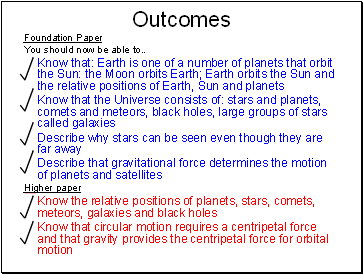 qKnow that: Earth is one of a number of planets that orbit the Sun: the Moon orbits Earth; Earth orbits the Sun and the relative positions of Earth, Sun and planets

qKnow that the Universe consists of: stars and planets, comets and meteors, black holes, large groups of stars called galaxies

qDescribe that gravitational force determines the motion of planets and satellites