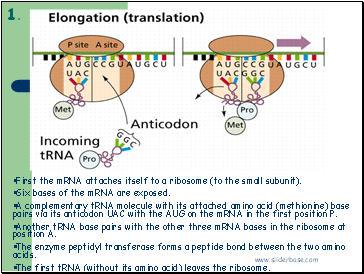 First the mRNA attaches itself to a ribosome (to the small subunit).

Six bases of the mRNA are exposed.

A complementary tRNA molecule with its attached amino acid (methionine) base pairs via its anticodon UAC with the AUG on the mRNA in the first position P.

Another tRNA base pairs with the other three mRNA bases in the ribosome at position A.

The enzyme peptidyl transferase forms a peptide bond between the two amino acids.

The first tRNA (without its amino acid) leaves the ribosome. 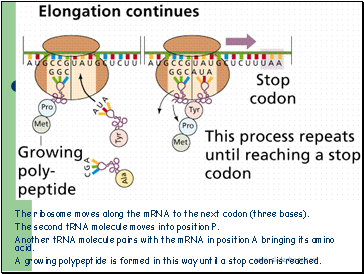 The ribosome moves along the mRNA to the next codon (three bases).

Another tRNA molecule pairs with the mRNA in position A bringing its amino acid.

A growing polypeptide is formed in this way until a stop codon is reached. 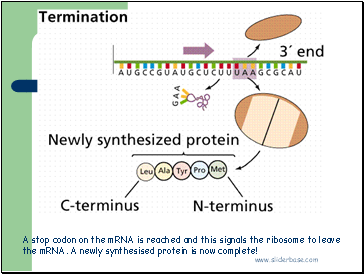 A stop codon on the mRNA is reached and this signals the ribosome to leave the mRNA. A newly synthesised protein is now complete! 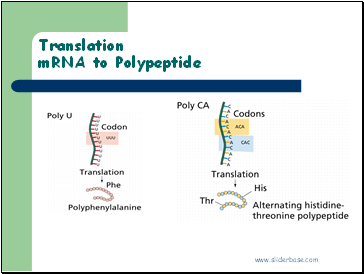 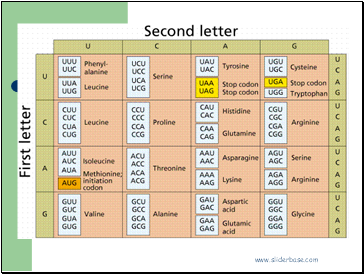 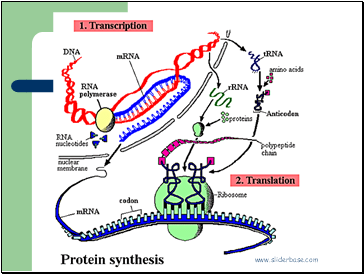 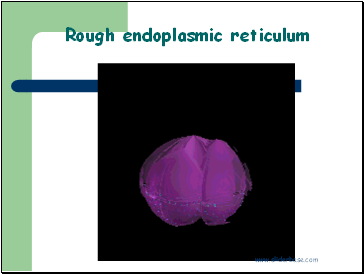 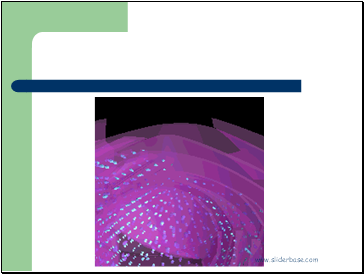 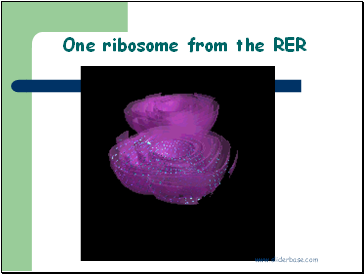 One ribosome from the RER 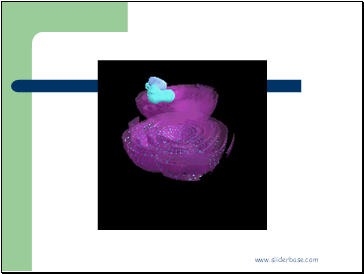 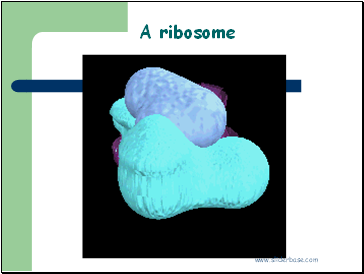