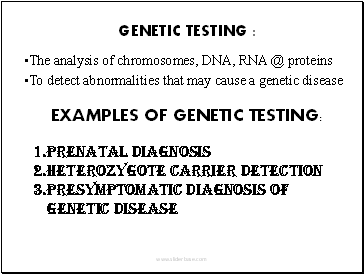 To detect abnormalities that may cause a genetic disease 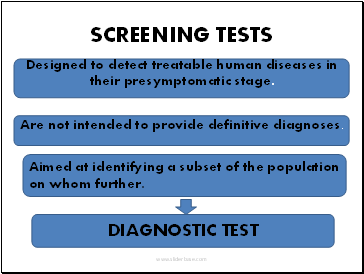 Aimed at identifying a subset of the population on whom further.

Are not intended to provide definitive diagnoses.

Designed to detect treatable human diseases in their presymptomatic stage. 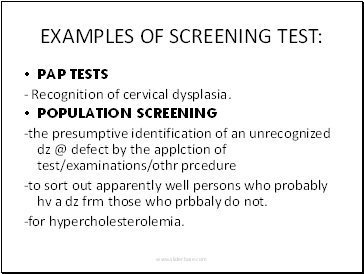 -to sort out apparently well persons who probably hv a dz frm those who prbbaly do not. 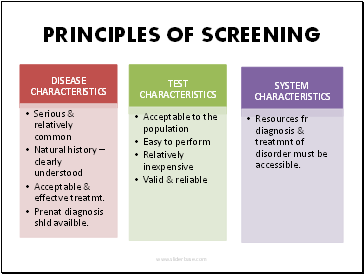 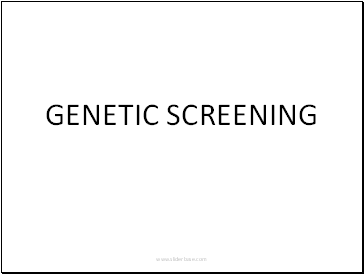 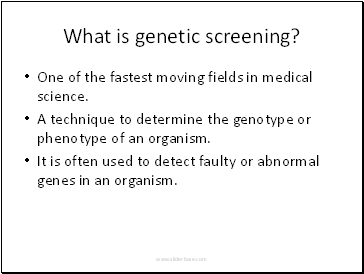 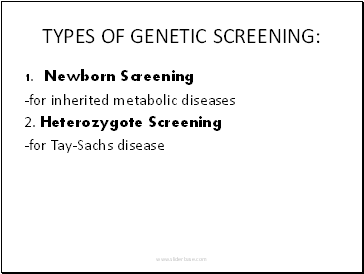 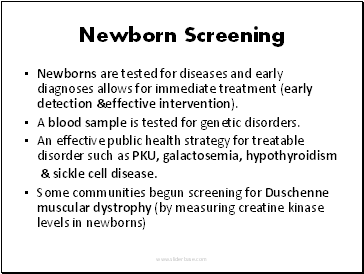 An effective public health strategy for treatable disorder such as PKU, galactosemia, hypothyroidism 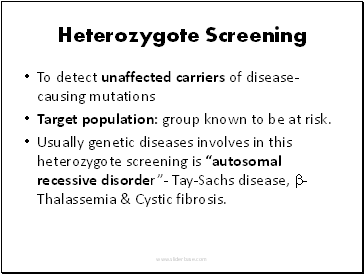 Target population: group known to be at risk.