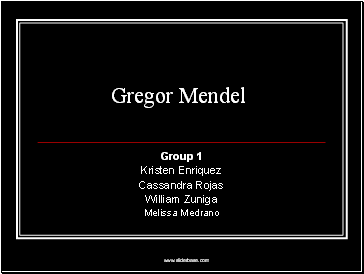 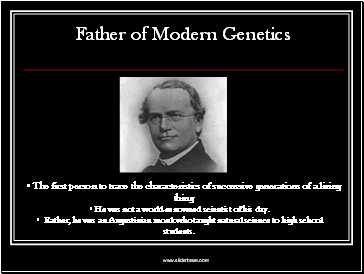 He was not a world-renowned scientist of his day.

Rather, he was an Augustinian monk who taught natural science to high school students. 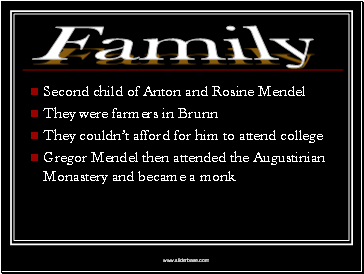 They were farmers in Brunn

They couldn’t afford for him to attend college

Gregor Mendel then attended the Augustinian Monastery and became a monk 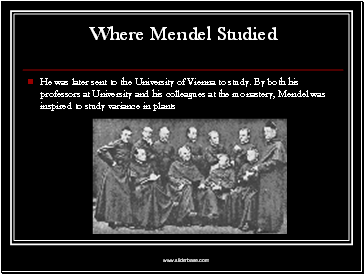 He was later sent to the University of Vienna to study. By both his professors at University and his colleagues at the monastery, Mendel was inspired to study variance in plants 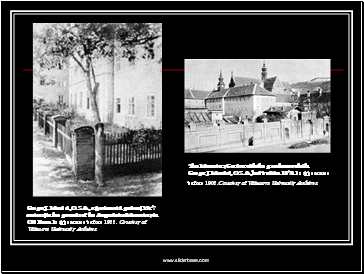 The Monastery Garden with the greenhouse which Gregor J. Mendel, O.S.A., had built in 1870. Its appearance before 1902.Courtesy of Villanova University Archives. 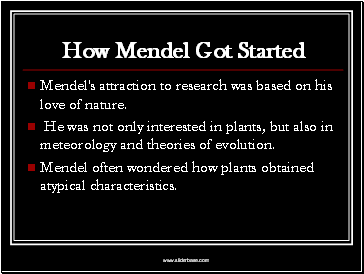 How Mendel Got Started

Mendel's attraction to research was based on his love of nature.

He was not only interested in plants, but also in meteorology and theories of evolution. 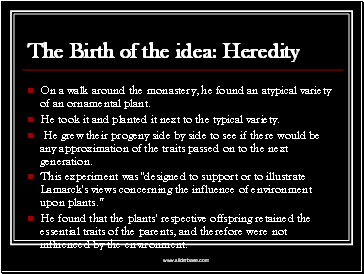 The Birth of the idea: Heredity

On a walk around the monastery, he found an atypical variety of an ornamental plant.

He took it and planted it next to the typical variety.

He grew their progeny side by side to see if there would be any approximation of the traits passed on to the next generation.

This experiment was "designed to support or to illustrate Lamarck's views concerning the influence of environment upon plants.“

He found that the plants' respective offspring retained the essential traits of the parents, and therefore were not influenced by the environment. 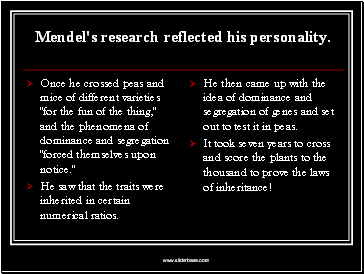 Once he crossed peas and mice of different varieties "for the fun of the thing," and the phenomena of dominance and segregation "forced themselves upon notice."