The History of DNA
Page
1

Presentations / Genetics / The History of DNA 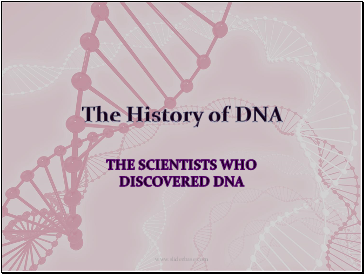 The History of DNA

The scientists who discovered Dna 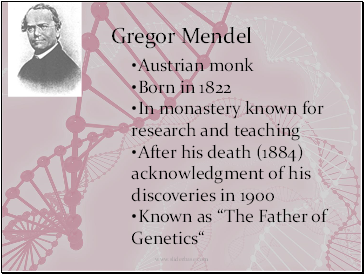 In monastery known for

After his death (1884) acknowledgment of his

Known as “The Father of Genetics“ 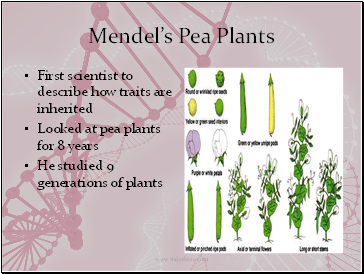 First scientist to describe how traits are inherited

Looked at pea plants for 8 years

He studied 9 generations of plants 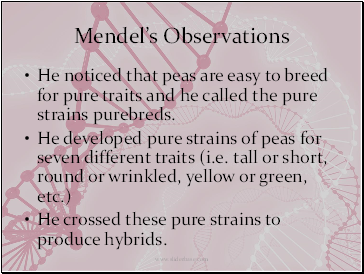 He noticed that peas are easy to breed for pure traits and he called the pure strains purebreds.

He developed pure strains of peas for seven different traits (i.e. tall or short, round or wrinkled, yellow or green, etc.)

He crossed these pure strains to produce hybrids. 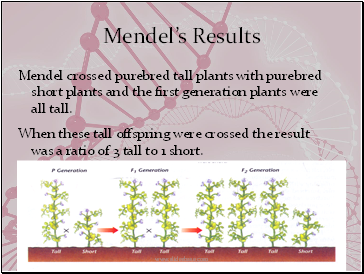 When these tall offspring were crossed the result was a ratio of 3 tall to 1 short. 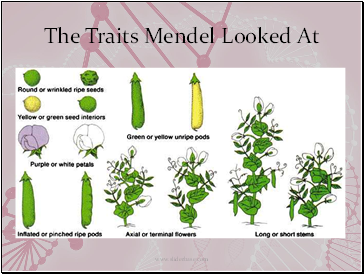 The Traits Mendel Looked At 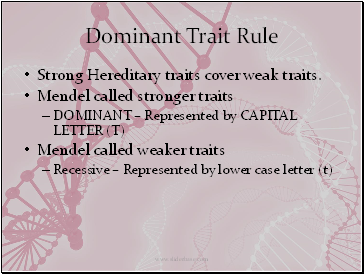 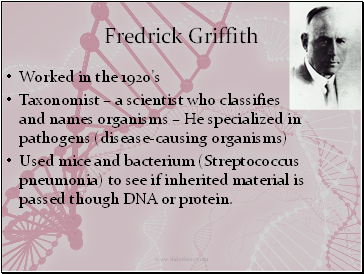 Used mice and bacterium (Streptococcus pneumonia) to see if inherited material is passed though DNA or protein. 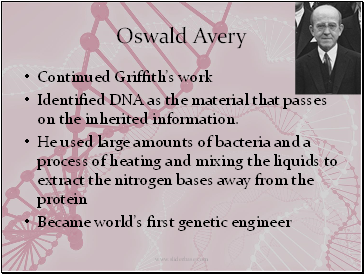 Identified DNA as the material that passes on the inherited information. 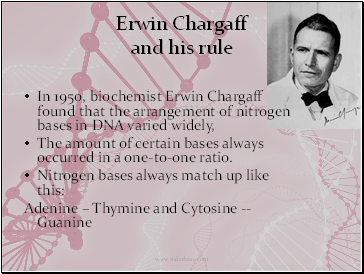 Erwin Chargaff and his rule

In 1950, biochemist Erwin Chargaff found that the arrangement of nitrogen bases in DNA varied widely,