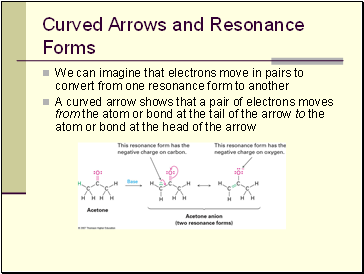 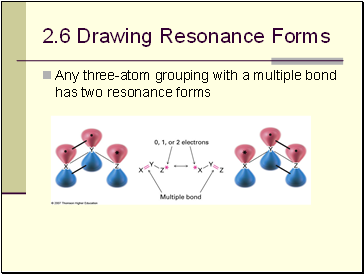 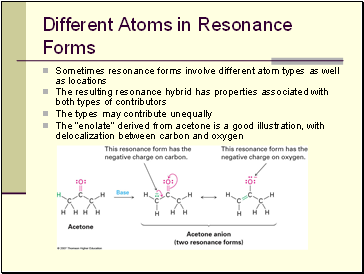 The types may contribute unequally

The “enolate” derived from acetone is a good illustration, with delocalization between carbon and oxygen 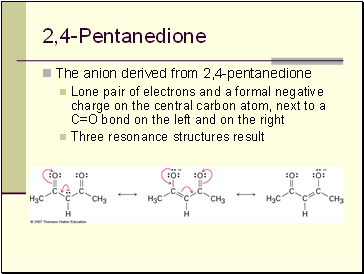 The anion derived from 2,4-pentanedione

Lone pair of electrons and a formal negative charge on the central carbon atom, next to a C=O bond on the left and on the right 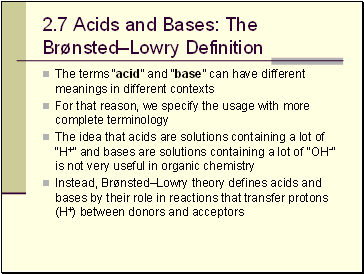 Acids and Bases: The Brønsted–Lowry Definition

For that reason, we specify the usage with more complete terminology

Instead, Brønsted–Lowry theory defines acids and bases by their role in reactions that transfer protons (H+) between donors and acceptors 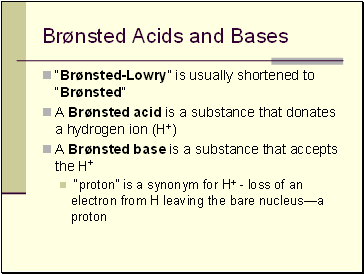 “Brønsted-Lowry” is usually shortened to “Brønsted”

A Brønsted base is a substance that accepts the H+