This Act stated that British government had power to legislate laws governing the colonies. 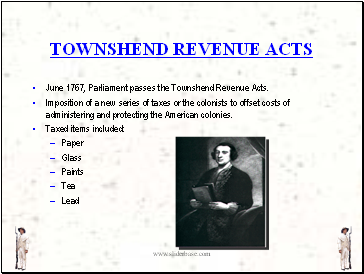 Imposition of a new series of taxes or the colonists to offset costs of administering and protecting the American colonies. 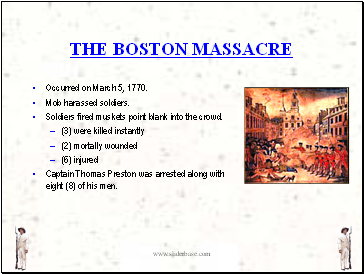 Captain Thomas Preston was arrested along with eight (8) of his men. 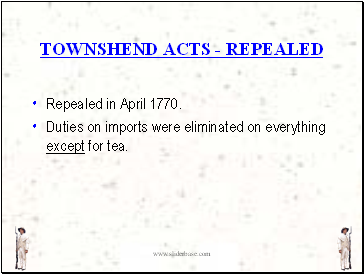 Duties on imports were eliminated on everything except for tea. 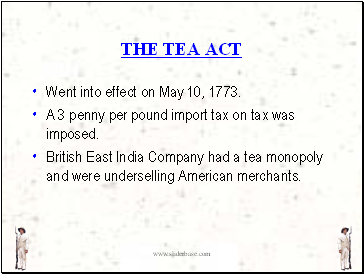 A 3 penny per pound import tax on tax was imposed.

British East India Company had a tea monopoly and were underselling American merchants. 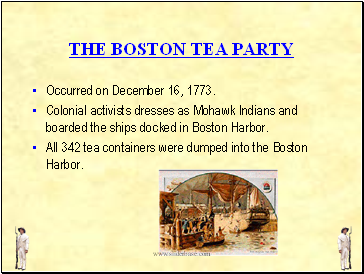 All 342 tea containers were dumped into the Boston Harbor. 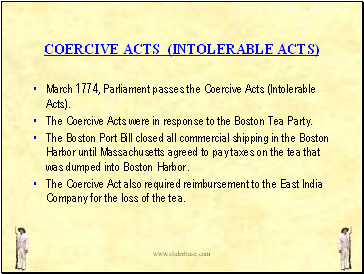 The Coercive Acts were in response to the Boston Tea Party.

The Boston Port Bill closed all commercial shipping in the Boston Harbor until Massachusetts agreed to pay taxes on the tea that was dumped into Boston Harbor.

The Coercive Act also required reimbursement to the East India Company for the loss of the tea. 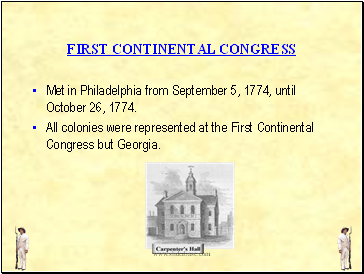 All colonies were represented at the First Continental Congress but Georgia. 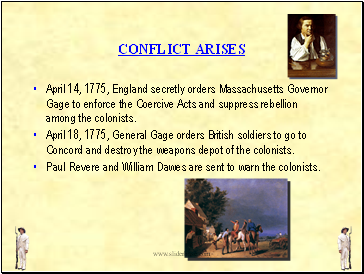