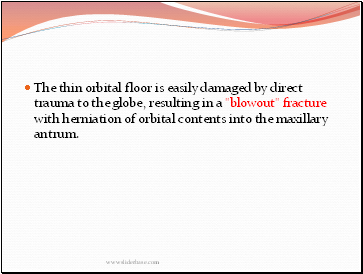 The thin orbital floor is easily damaged by direct trauma to the globe, resulting in a "blowout" fracture with herniation of orbital contents into the maxillary antrum. 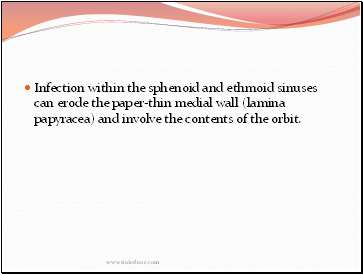 Infection within the sphenoid and ethoid sinuses can erode the paper-thin medial wall (lamina papyracea) and involve the contents of the orbit. 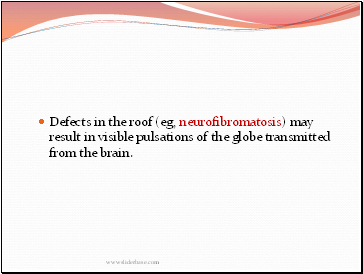 Defects in the roof (eg, neurofibromatosis) may result in visible pulsations of the globe transmitted from the brain. 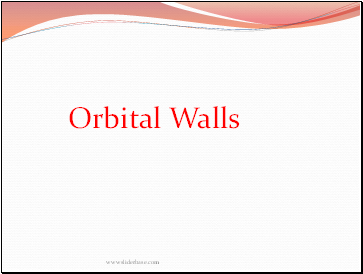 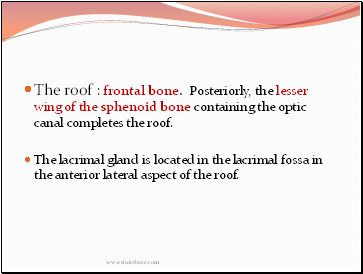 The roof : frontal bone. Posteriorly, the lesser wing of the sphenoid bone containing the optic canal completes the roof.

The lacrimal gland is located in the lacrimal fossa in the anterior lateral aspect of the roof. 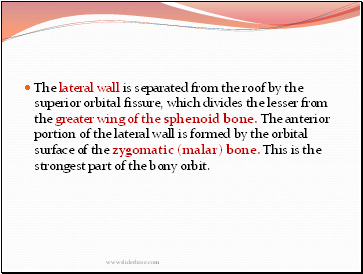 The lateral wall is separated from the roof by the superior orbital fissure, which divides the lesser from the greater wing of the sphenoid bone. The anterior portion of the lateral wall is formed by the orbital surface of the zygomatic (malar) bone. This is the strongest part of the bony orbit. 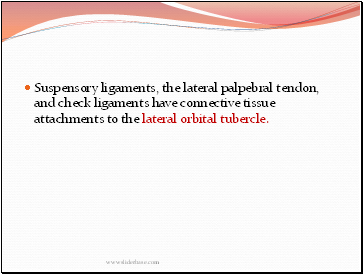 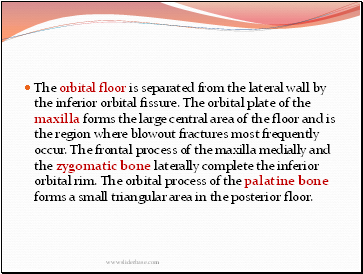 The orbital floor is separated from the lateral wall by the inferior orbital fissure. The orbital plate of the maxilla forms the large central area of the floor and is the region where blowout fractures most frequently occur. The frontal process of the maxilla medially and the zygomatic bone laterally complete the inferior orbital rim. The orbital process of the palatine bone forms a small triangular area in the posterior floor. 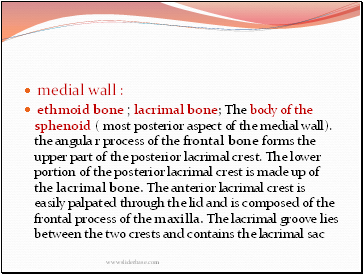