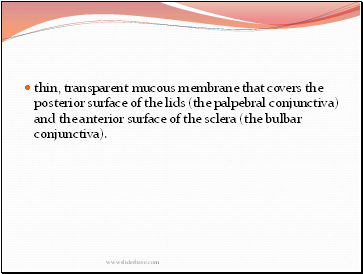 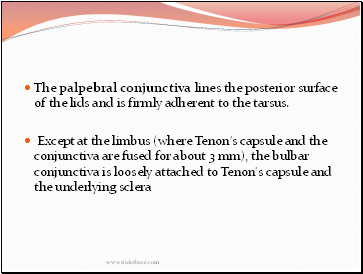 The palpebral conjunctiva lines the posterior surface of the lids and is firmly adherent to the tarsus. 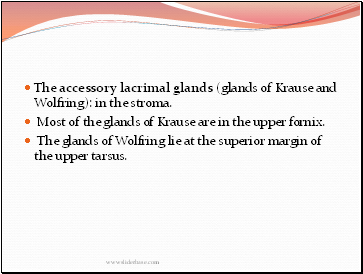 The accessory lacrimal glands (glands of Krause and Wolfring): in the stroma.

Most of the glands of Krause are in the upper fornix.

The glands of Wolfring lie at the superior margin of the upper tarsus. 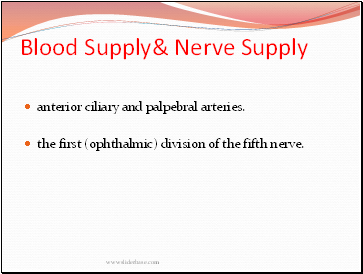 the first (ophthalmic) division of the fifth nerve. 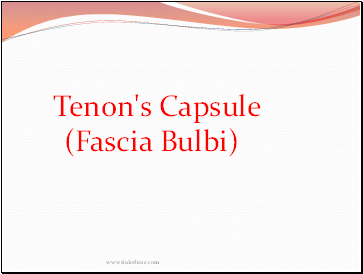 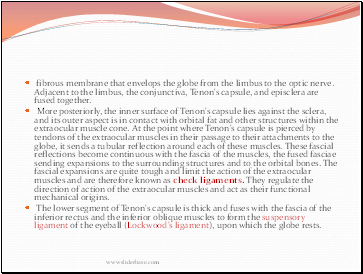 fibrous membrane that envelops the globe from the limbus to the optic nerve. Adjacent to the limbus, the conjunctiva, Tenon's capsule, and episclera are fused together.

The lower segment of Tenon's capsule is thick and fuses with the fascia of the inferior rectus and the inferior oblique muscles to form the suspensory ligament of the eyeball (Lockwood's ligament), upon which the globe rests. 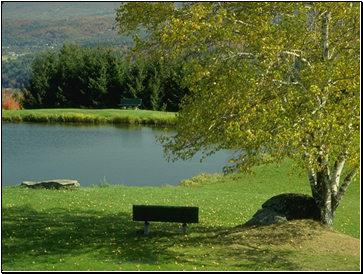 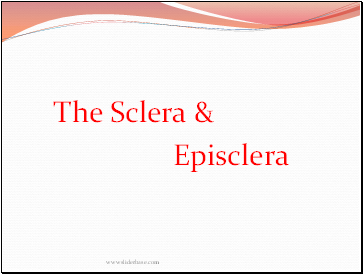 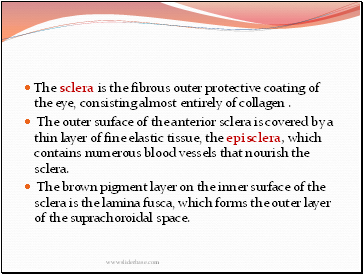