The sclera is the fibrous outer protective coating of the eye, consisting almost entirely of collagen .

The outer surface of the anterior sclera is covered by a thin layer of fine elastic tissue, the episclera, which contains numerous blood vessels that nourish the sclera.

The brown pigment layer on the inner surface of the sclera is the lamina fusca, which forms the outer layer of the suprachoroidal space. 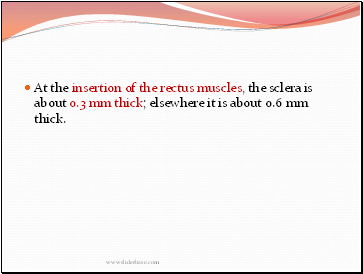 At the insertion of the rectus muscles, the sclera is about 0.3 mm thick; elsewhere it is about 0.6 mm thick. 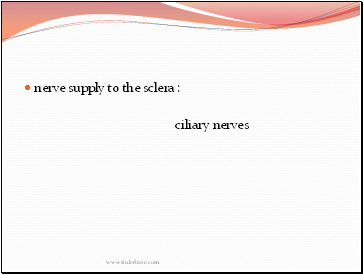 nerve supply to the sclera : 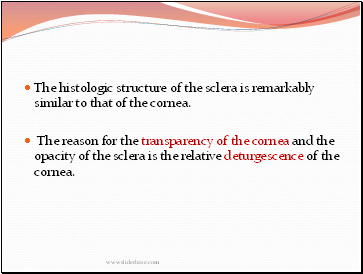 The histologic structure of the sclera is remarkably similar to that of the cornea.

The reason for the transparency of the cornea and the opacity of the sclera is the relative deturgescence of the cornea. 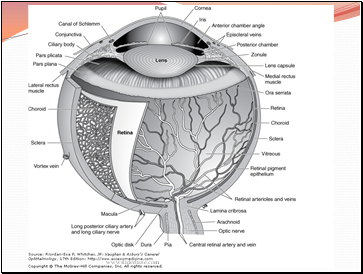 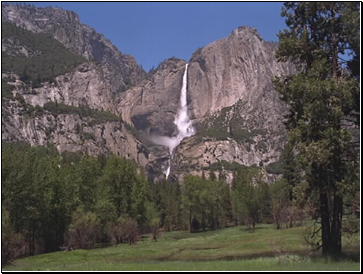 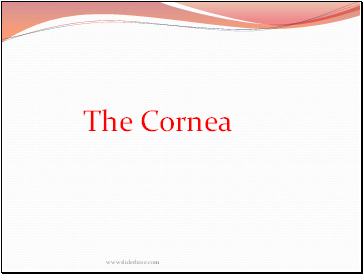 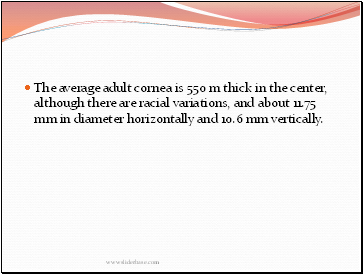 The average adult cornea is 550 m thick in the center, although there are racial variations, and about 11.75 mm in diameter horizontally and 10.6 mm vertically. 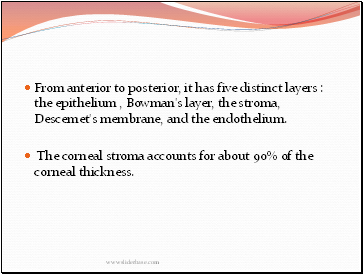 From anterior to posterior, it has five distinct layers : the epithelium , Bowman's layer, the stroma, Descemet's membrane, and the endothelium.

The corneal stroma accounts for about 90% of the corneal thickness. 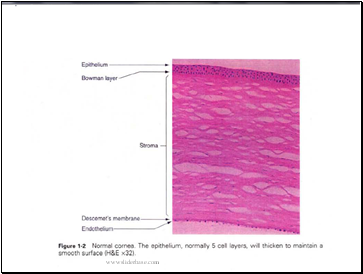 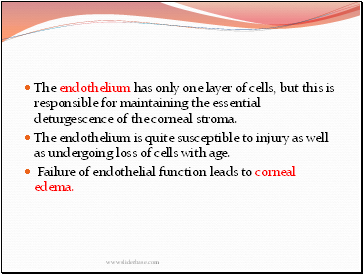 The endothelium has only one layer of cells, but this is responsible for maintaining the essential deturgescence of the corneal stroma.

The endothelium is quite susceptible to injury as well as undergoing loss of cells with age. 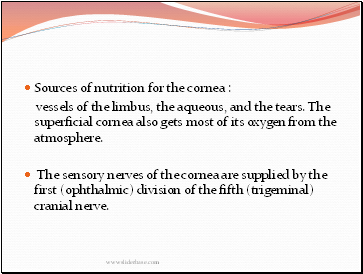 Sources of nutrition for the cornea :

vessels of the limbus, the aqueous, and the tears. The superficial cornea also gets most of its oxygen from the atmosphere.

The sensory nerves of the cornea are supplied by the first (ophthalmic) division of the fifth (trigeminal) cranial nerve. 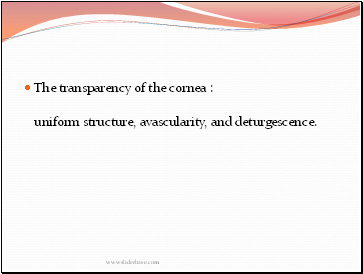