serves to nourish the outer portion of the underlying retina 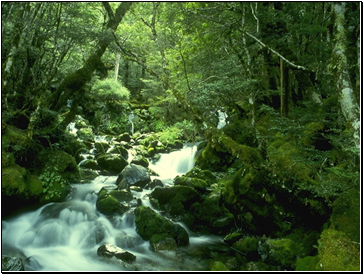 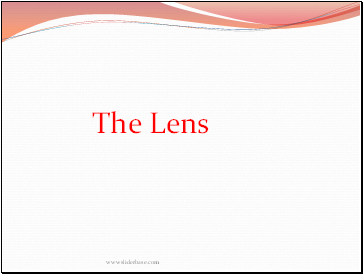 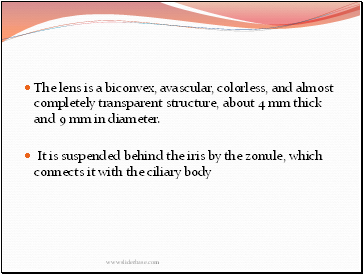 The lens is a biconvex, avascular, colorless, and almost completely transparent structure, about 4 mm thick and 9 mm in diameter.

It is suspended behind the iris by the zonule, which connects it with the ciliary body 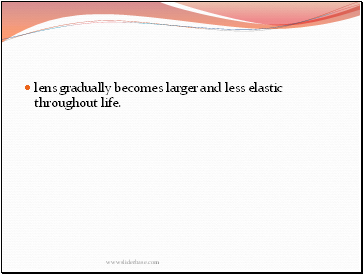 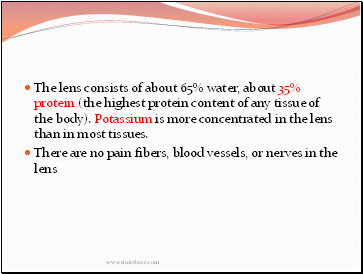 The lens consists of about 65% water, about 35% protein (the highest protein content of any tissue of the body). Potassium is more concentrated in the lens than in most tissues.

There are no pain fibers, blood vessels, or nerves in the lens 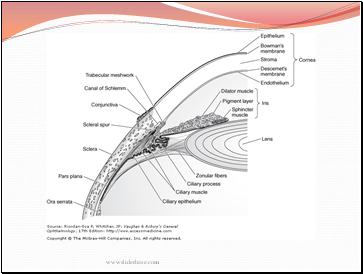 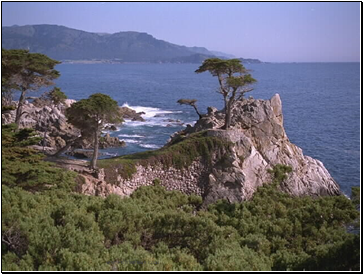 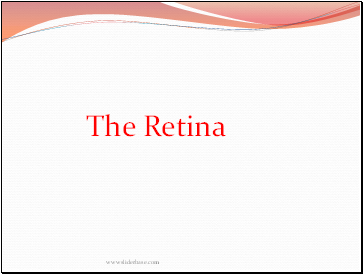 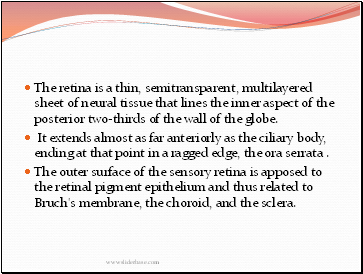 The retina is a thin, semitransparent, multilayered sheet of neural tissue that lines the inner aspect of the posterior two-thirds of the wall of the globe.

It extends almost as far anteriorly as the ciliary body, ending at that point in a ragged edge, the ora serrata .

The outer surface of the sensory retina is apposed to the retinal pigment epithelium and thus related to Bruch's membrane, the choroid, and the sclera. 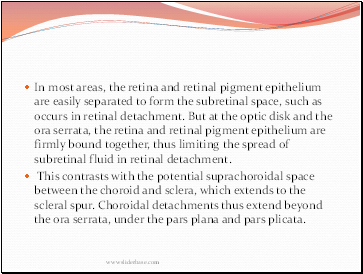 This contrasts with the potential suprachoroidal space between the choroid and sclera, which extends to the scleral spur. Choroidal detachments thus extend beyond the ora serrata, under the pars plana and pars plicata. 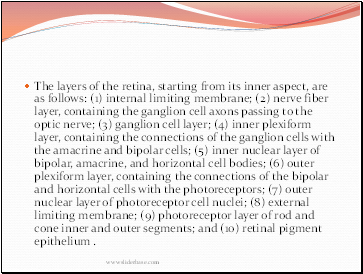