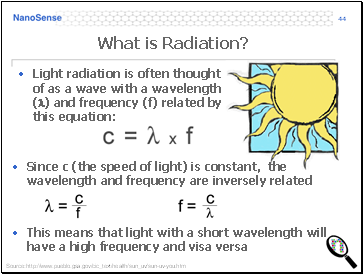 Light radiation is often thought of as a wave with a wavelength (l) and frequency (f) related by this equation:

Since c (the speed of light) is constant, the wavelength and frequency are inversely related 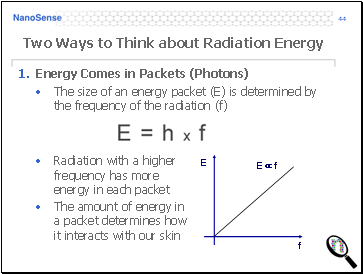 Radiation with a higher frequency has more energy in each packet 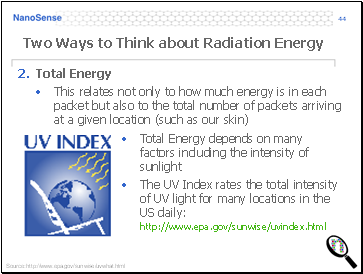 Total Energy depends on many factors including the intensity of sunlight

The UV Index rates the total intensity of UV light for many locations in the US daily: http://www.epa.gov/sunwise/uvindex.html 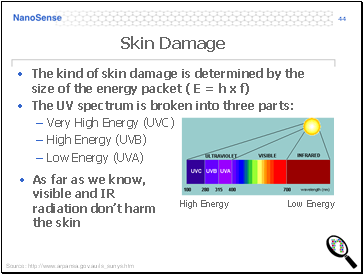 The UV spectrum is broken into three parts:

As far as we know, visible and IR radiation don’t harm the skin 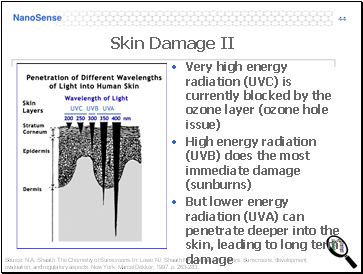 High energy radiation (UVB) does the most immediate damage (sunburns)

But lower energy radiation (UVA) can penetrate deeper into the skin, leading to long term damage 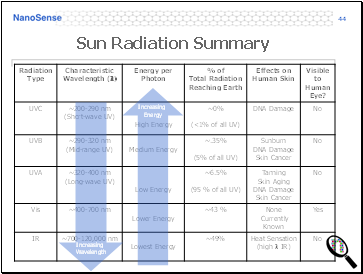 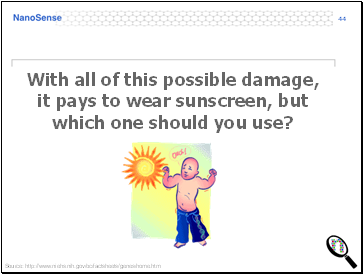