The Effects of Radiation on Living Things
Page
3 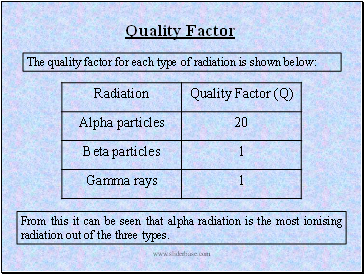 The quality factor for each type of radiation is shown below:

From this it can be seen that alpha radiation is the most ionising radiation out of the three types. 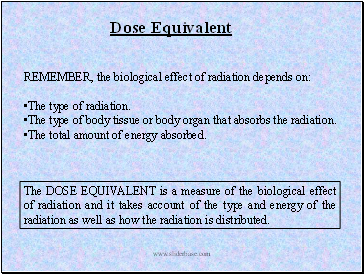 The DOSE EQUIVALENT is a measure of the biological effect of radiation and it takes account of the type and energy of the radiation as well as how the radiation is distributed.

REMEMBER, the biological effect of radiation depends on: 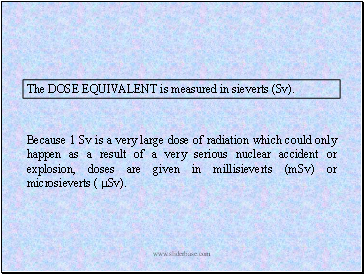 Because 1 Sv is a very large dose of radiation which could only happen as a result of a very serious nuclear accident or explosion, doses are given in millisieverts (mSv) or microsieverts ( Sv).

The DOSE EQUIVALENT is measured in sieverts (Sv). 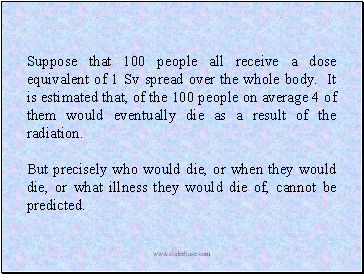 Suppose that 100 people all receive a dose equivalent of 1 Sv spread over the whole body. It is estimated that, of the 100 people on average 4 of them would eventually die as a result of the radiation. 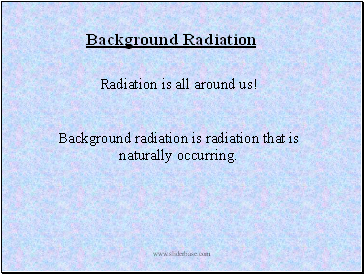 Radiation is all around us!

Background radiation is radiation that is naturally occurring. 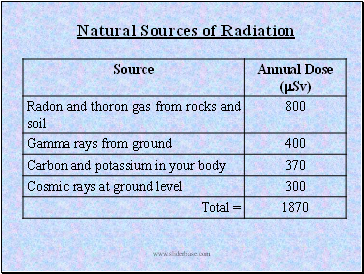 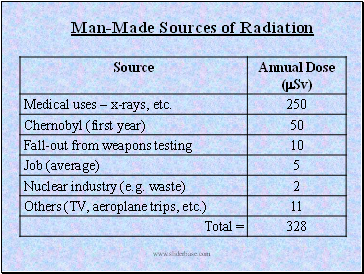 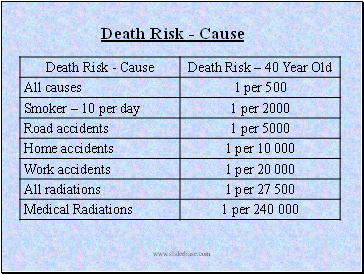