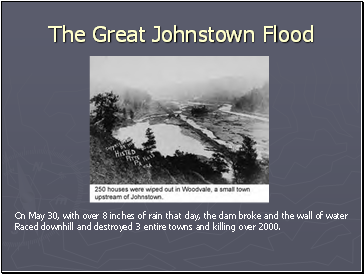 On May 30, with over 8 inches of rain that day, the dam broke and the wall of water

Raced downhill and destroyed 3 entire towns and killing over 2000. 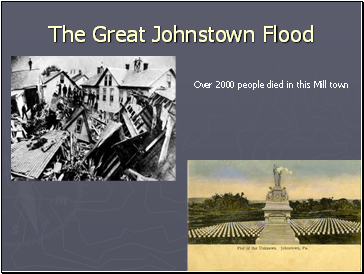 Over 2000 people died in this Mill town 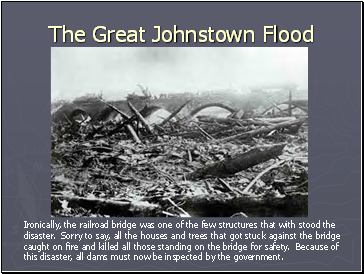 Ironically, the railroad bridge was one of the few structures that with stood the

disaster. Sorry to say, all the houses and trees that got stuck against the bridge

caught on fire and killed all those standing on the bridge for safety. Because of

this disaster, all dams must now be inspected by the government. 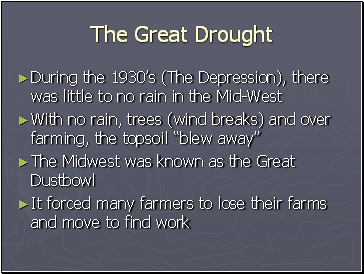 During the 1930’s (The Depression), there was little to no rain in the Mid-West

With no rain, trees (wind breaks) and over farming, the topsoil “blew away”

The Midwest was known as the Great Dustbowl 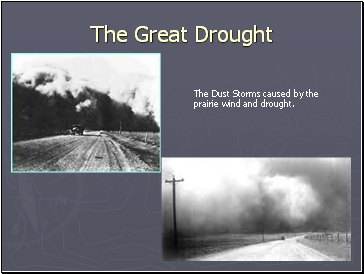 The Dust Storms caused by the 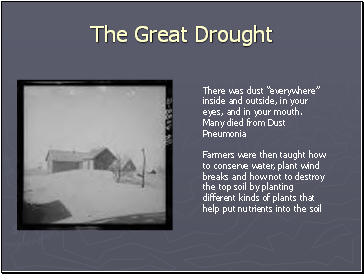 There was dust “everywhere” inside and outside, in your eyes, and in your mouth. Many died from Dust Pneumonia

Farmers were then taught how to conserve water, plant wind breaks and how not to destroy the top soil by planting different kinds of plants that help put nutrients into the soil 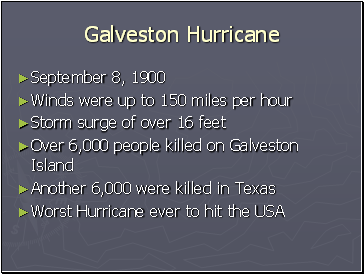 Winds were up to 150 miles per hour

Storm surge of over 16 feet

Over 6,000 people killed on Galveston Island

Another 6,000 were killed in Texas

Worst Hurricane ever to hit the USA 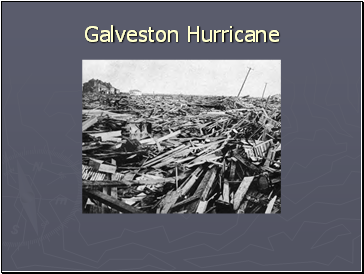 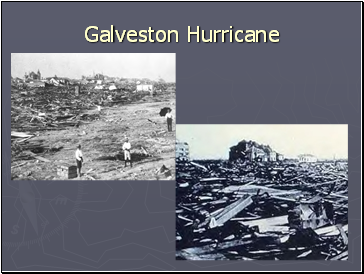 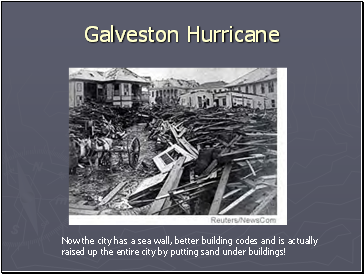 Now the city has a sea wall, better building codes and is actually

raised up the entire city by putting sand under buildings! 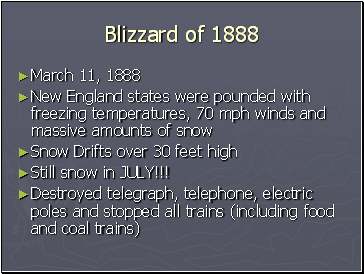