The French and Indian War
Page
3 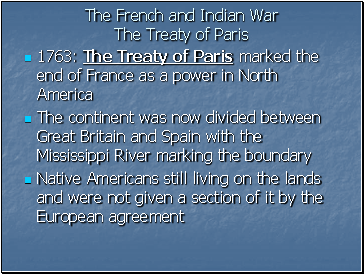 The French and Indian War The Treaty of Paris

1763: The Treaty of Paris marked the end of France as a power in North America 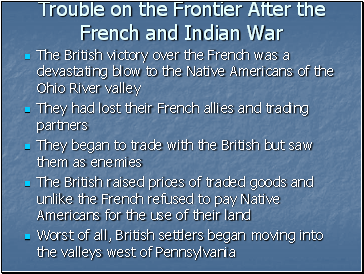 Trouble on the Frontier After the French and Indian War

They had lost their French allies and trading partners

Worst of all, British settlers began moving into the valleys west of Pennsylvania 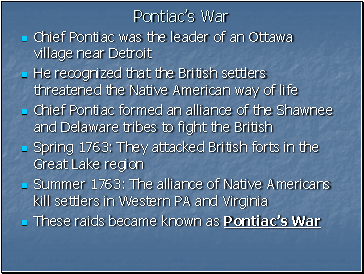 Chief Pontiac was the leader of an Ottawa village near Detroit

Spring 1763: They attacked British forts in the Great Lake region

Summer 1763: The alliance of Native Americans kill settlers in Western PA and Virginia 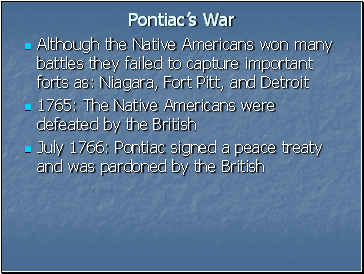 Although the Native Americans won many battles they failed to capture important forts as: Niagara, Fort Pitt, and Detroit

1765: The Native Americans were defeated by the British

July 1766: Pontiac signed a peace treaty and was pardoned by the British 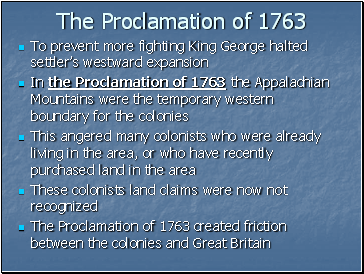 This angered many colonists who were already living in the area, or who have recently purchased land in the area

These colonists land claims were now not recognized