Different from Ascomycetes because there is a definite lack of sexual reproduction, which is why they are called Imperfect Fungi 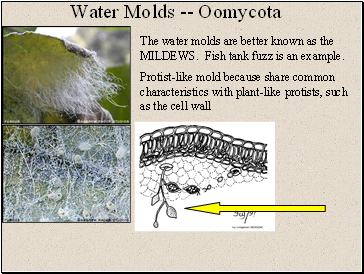 The water molds are better known as the MILDEWS. Fish tank fuzz is an example.

Protist-like mold because share common characteristics with plant-like protists, such as the cell wall 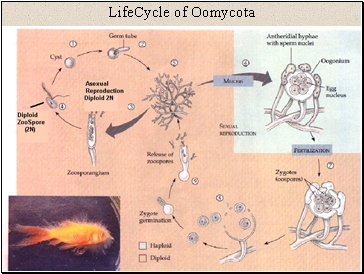 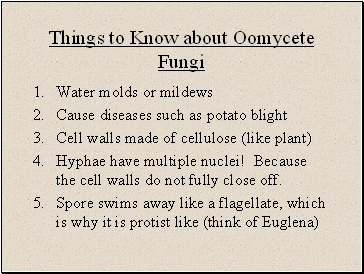 Things to Know about Oomycete Fungi

Cause diseases such as potato blight

Hyphae have multiple nuclei! Because the cell walls do not fully close off. 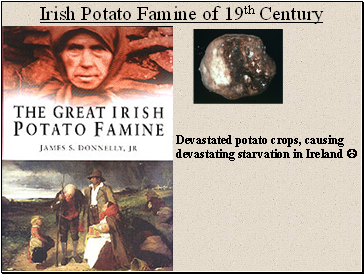 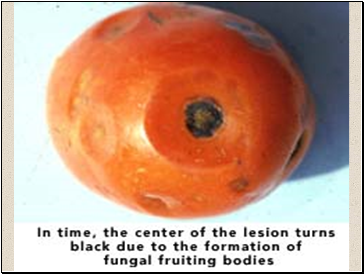 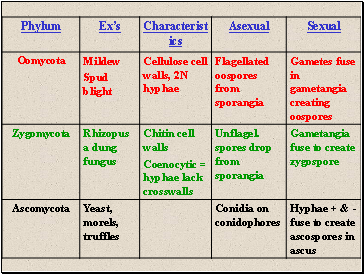 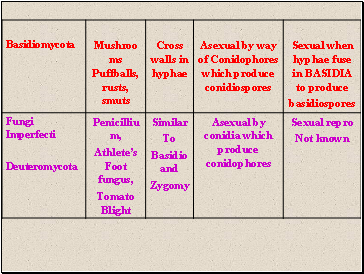 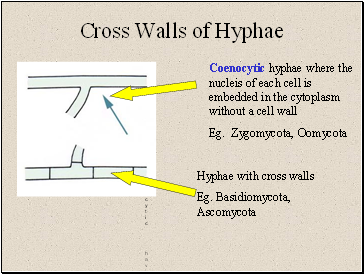 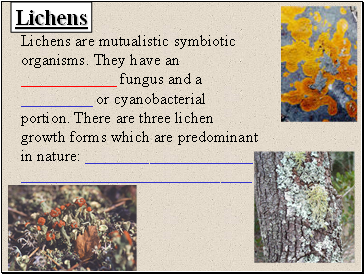 Lichens are mutualistic symbiotic organisms. They have an fungus and a _ or cyanobacterial portion. There are three lichen growth forms which are predominant in nature: _ 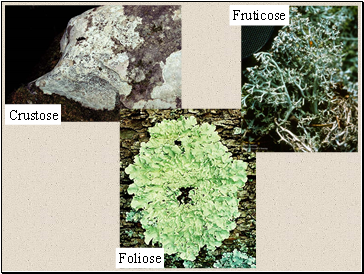 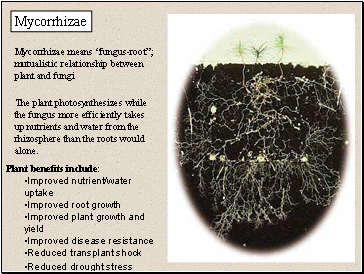 The plant photosynthesizes while the fungus more efficiently takes up nutrients and water from the rhizosphere than the roots would alone. 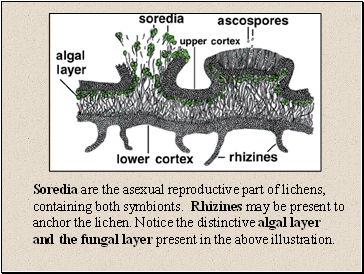