A History of Astronomy
Page
2

He discovered that orbits are shaped like ellipses, not circles 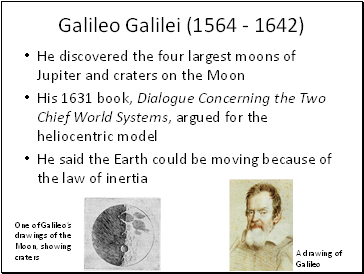 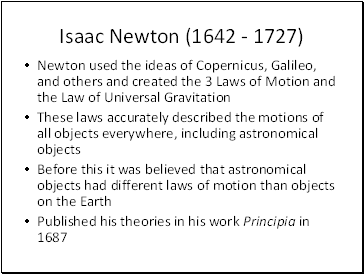 Newton used the ideas of Copernicus, Galileo, and others and created the 3 Laws of Motion and the Law of Universal Gravitation

These laws accurately described the motions of all objects everywhere, including astronomical objects

Published his theories in his work Principia in 1687