Atoms and their structure
Page
1

Presentations / Chemistry / Atoms and their structure 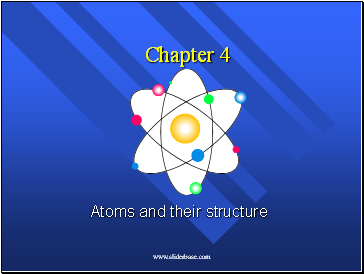 Atoms and their structure 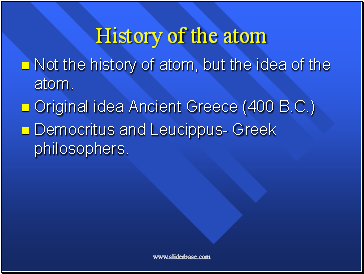 History of the atom

Not the history of atom, but the idea of the atom. 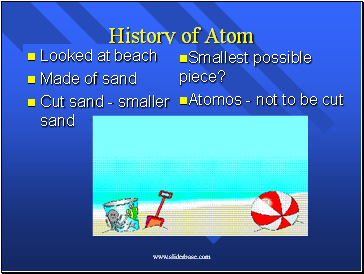 Atomos - not to be cut 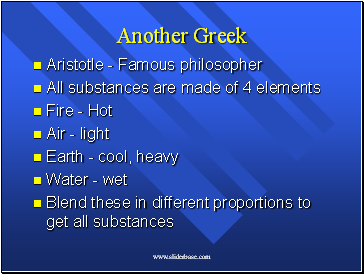 All substances are made of 4 elements

Blend these in different proportions to get all substances 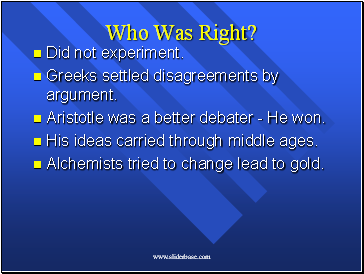 Aristotle was a better debater - He won.

His ideas carried through middle ages. 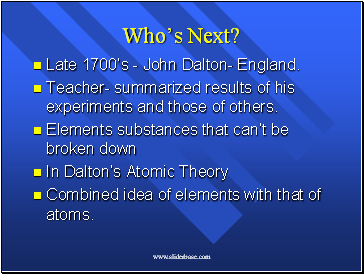 Teacher- summarized results of his experiments and those of others.

Elements substances that can’t be broken down

Combined idea of elements with that of atoms. 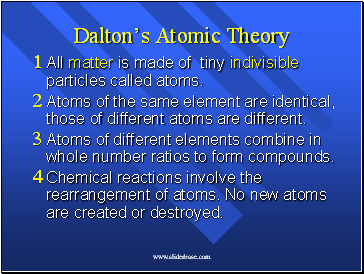 All matter is made of tiny indivisible particles called atoms.

Atoms of the same element are identical, those of different atoms are different.

Chemical reactions involve the rearrangement of atoms. No new atoms are created or destroyed. 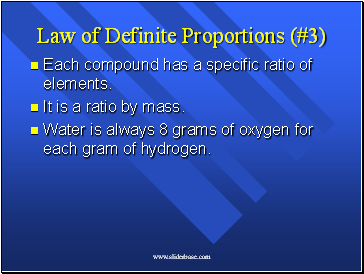 Each compound has a specific ratio of elements.

It is a ratio by mass.

Water is always 8 grams of oxygen for each gram of hydrogen. 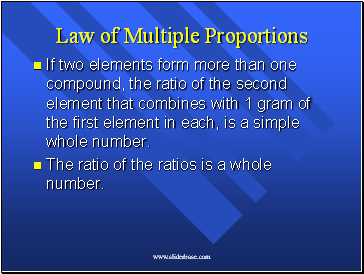 If two elements form more than one compound, the ratio of the second element that combines with 1 gram of the first element in each, is a simple whole number.

The ratio of the ratios is a whole number. 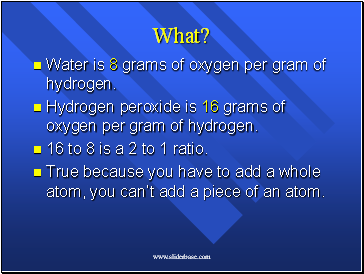 Water is 8 grams of oxygen per gram of hydrogen.

Hydrogen peroxide is 16 grams of oxygen per gram of hydrogen.