Classroom Presentation about the Sun
Page
1 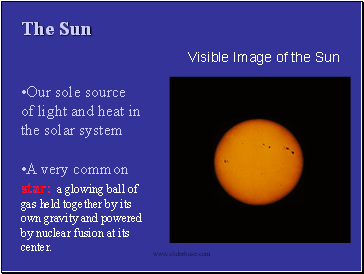 •Our sole source of light and heat in the solar system

•A very common star: a glowing ball of gas held together by its own gravity and powered by nuclear fusion at its center.

Visible Image of the Sun 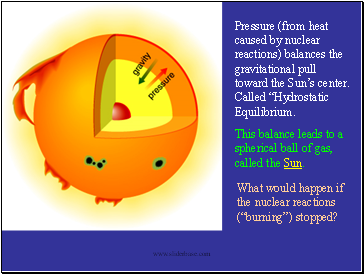 This balance leads to a spherical ball of gas, called the Sun.

What would happen if the nuclear reactions (“burning”) stopped? 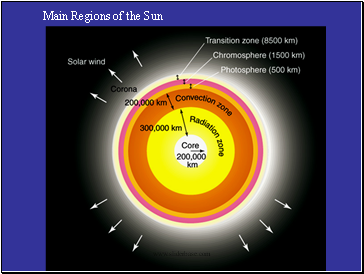 Main Regions of the Sun 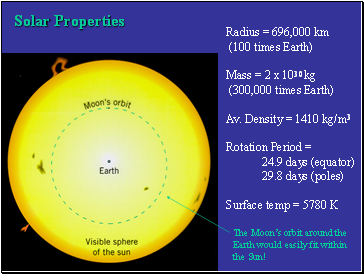 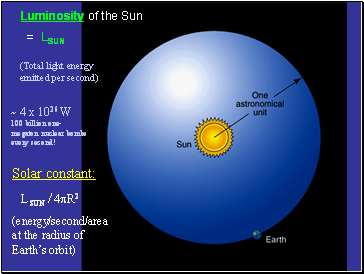 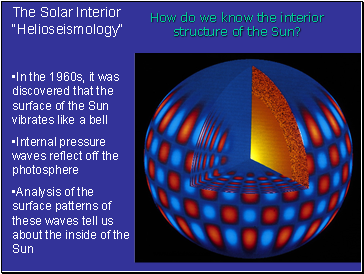 •In the 1960s, it was discovered that the surface of the Sun vibrates like a bell

How do we know the interior structure of the Sun? 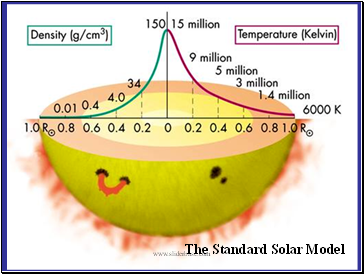 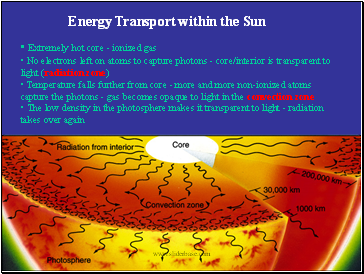 Energy Transport within the Sun 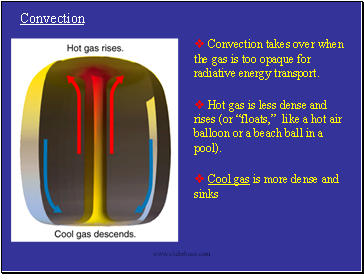 v Convection takes over when the gas is too opaque for radiative energy transport.

v Hot gas is less dense and rises (or “floats,” like a hot air balloon or a beach ball in a pool). 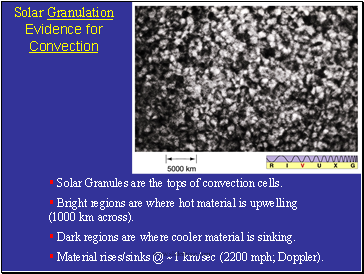 § Solar Granules are the tops of convection cells.

§ Bright regions are where hot material is upwelling (1000 km across).