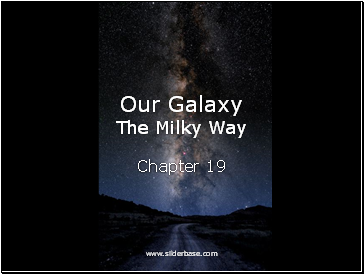 Our Galaxy The Milky Way 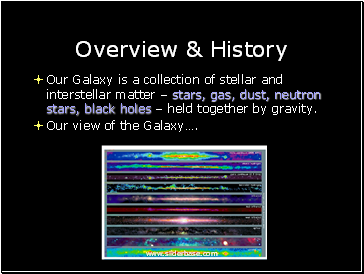 Our Galaxy is a collection of stellar and interstellar matter – stars, gas, dust, neutron stars, black holes – held together by gravity.

Our view of the Galaxy…. 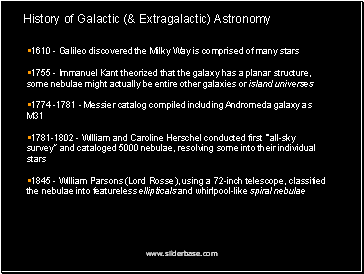 1610 - Galileo discovered the Milky Way is comprised of many stars

1755 - Immanuel Kant theorized that the galaxy has a planar structure, some nebulae might actually be entire other galaxies or island universes 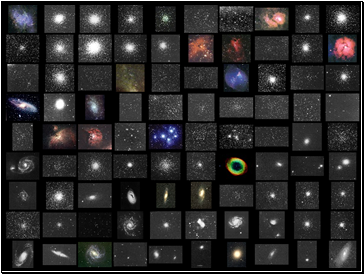 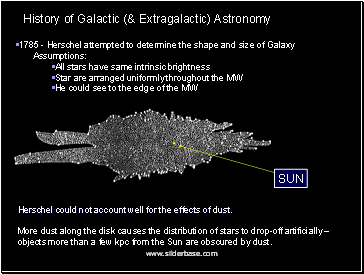 Herschel could not account well for the effects of dust.

More dust along the disk causes the distribution of stars to drop-off artificially – objects more than a few kpc from the Sun are obscured by dust.

1785 - Herschel attempted to determine the shape and size of Galaxy

All stars have same intrinsic brightness

Star are arranged uniformly throughout the MW

He could see to the edge of the MW 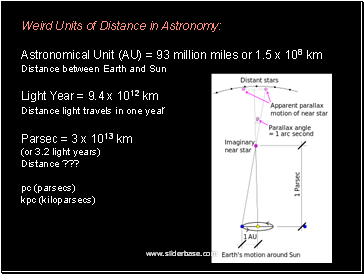 Weird Units of Distance in Astronomy:

Distance between Earth and Sun

Distance light travels in one year 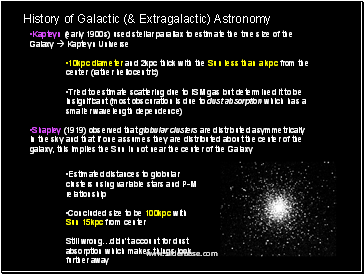