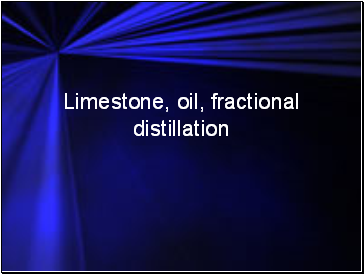 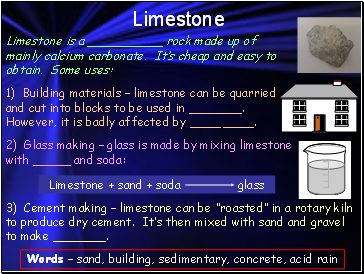 Limestone is a rock made up of mainly calcium carbonate. It’s cheap and easy to obtain. Some uses:

1) Building materials – limestone can be quarried and cut into blocks to be used in _. However, it is badly affected by .

2) Glass making – glass is made by mixing limestone with _ and soda:

3) Cement making – limestone can be “roasted” in a rotary kiln to produce dry cement. It’s then mixed with sand and gravel to make _. 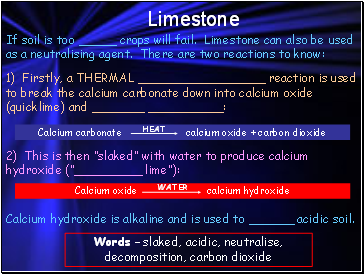 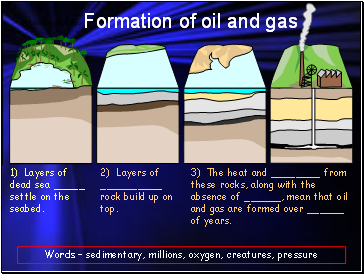 Formation of oil and gas

1) Layers of dead sea _ settle on the seabed.

2) Layers of rock build up on top.

3) The heat and from these rocks, along with the absence of , mean that oil and gas are formed over of years. 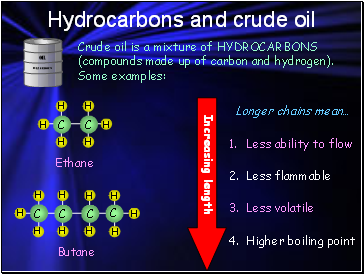 Crude oil is a mixture of HYDROCARBONS (compounds made up of carbon and hydrogen). Some examples: 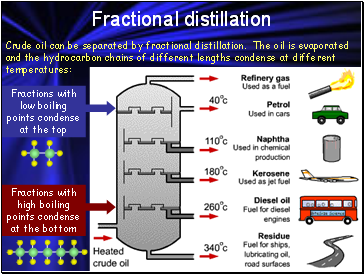 Crude oil can be separated by fractional distillation. The oil is evaporated and the hydrocarbon chains of different lengths condense at different temperatures: