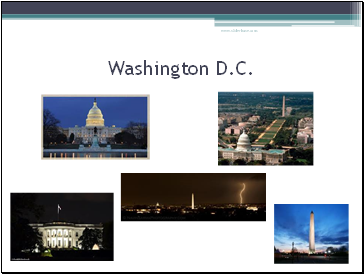 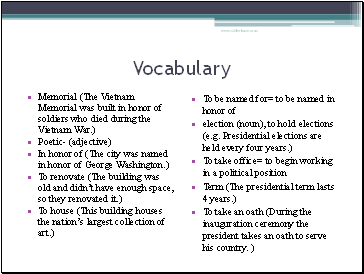 Memorial (The Vietnam Memorial was built in honor of soldiers who died during the Vietnam War.)

In honor of (The city was named in honor of George Washington.)

To renovate (The building was old and didn’t have enough space, so they renovated it.)

To house (This building houses the nation’s largest collection of art.)

To take office= to begin working in a political position

To take an oath (During the inauguration ceremony the president takes an oath to serve his country. ) 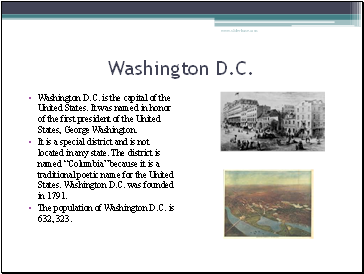 It is a special district and is not located in any state. The district is named “Columbia” because it is a traditional poetic name for the United States. Washington D.C. was founded in 1791. 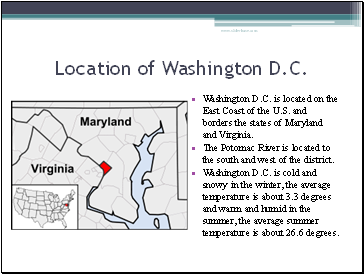 Washington D.C. is located on the East Coast of the U.S. and borders the states of Maryland and Virginia.

The Potomac River is located to the south and west of the district. 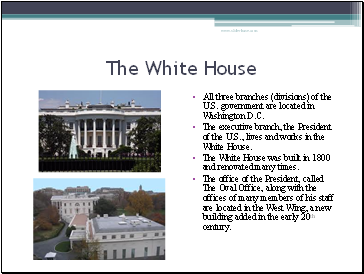 All three branches (divisions) of the U.S. government are located in Washington D.C.

The executive branch, the President of the U.S., lives and works in the White House.

The White House was built in 1800 and renovated many times.

The office of the President, called The Oval Office, along with the offices of many members of his staff are located in the West Wing, a new building added in the early 20th century. 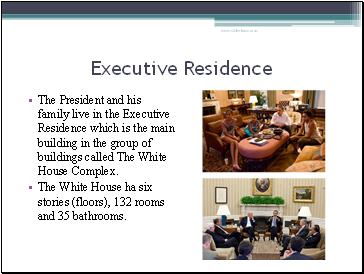 The President and his family live in the Executive Residence which is the main building in the group of buildings called The White House Complex.