Images of the Wild West
Page
1 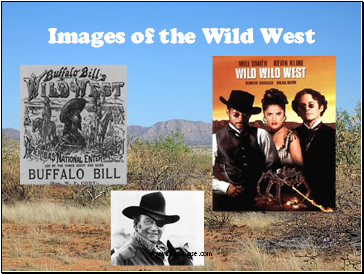 Images of the Wild West 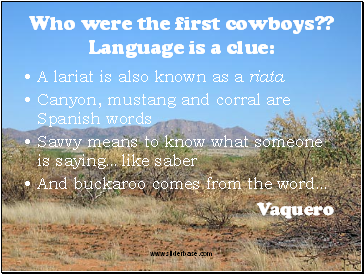 Language is a clue:

A lariat is also known as a riata

Savvy means to know what someone is saying…like saber

And buckaroo comes from the word… 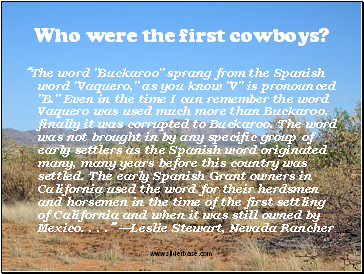 “The word "Buckaroo" sprang from the Spanish word "Vaquero," as you know "V" is pronounced "B." Even in the time I can remember the word Vaquero was used much more than Buckaroo, finally it was corrupted to Buckaroo. The word was not brought in by any specific group of early settlers as the Spanish word originated many, many years before this country was settled. The early Spanish Grant owners in California used the word for their herdsmen and horsemen in the time of the first settling of California and when it was still owned by Mexico. . . .” —Leslie Stewart, Nevada Rancher 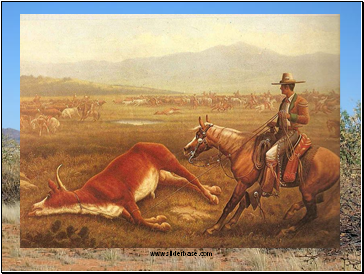 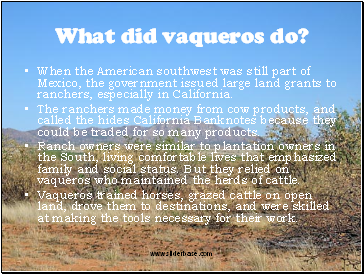 What did vaqueros do?

When the American southwest was still part of Mexico, the government issued large land grants to ranchers, especially in California.

The ranchers made money from cow products, and called the hides California Banknotes because they could be traded for so many products.

Ranch owners were similar to plantation owners in the South, living comfortable lives that emphasized family and social status. But they relied on vaqueros who maintained the herds of cattle.

Vaqueros trained horses, grazed cattle on open land, drove them to destinations, and were skilled at making the tools necessary for their work. 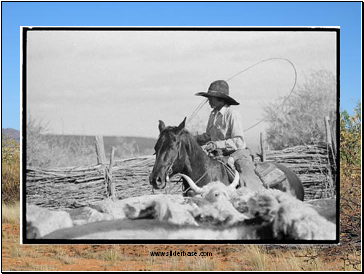 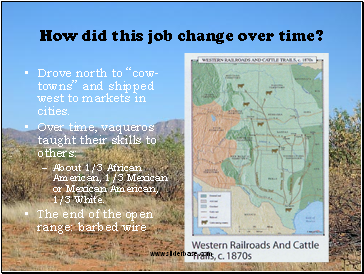 How did this job change over time?

Drove north to “cow-towns” and shipped west to markets in cities.

Over time, vaqueros taught their skills to others:

The end of the open range: barbed wire 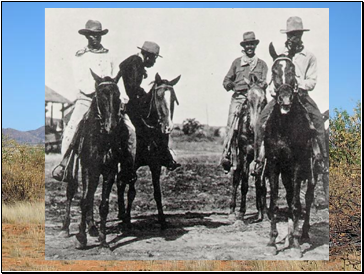 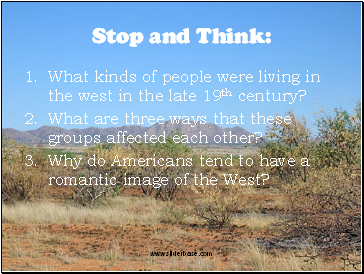 What kinds of people were living in the west in the late 19th century?