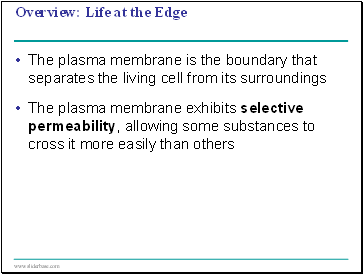 Life at the Edge

The plasma membrane exhibits selective permeability, allowing some substances to cross it more easily than others 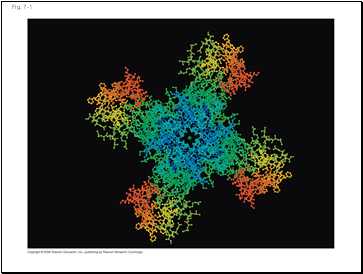 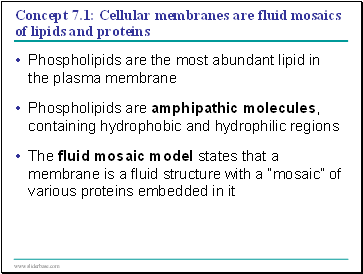 Concept 7.1: Cellular membranes are fluid mosaics of lipids and proteins

Phospholipids are the most abundant lipid in the plasma membrane 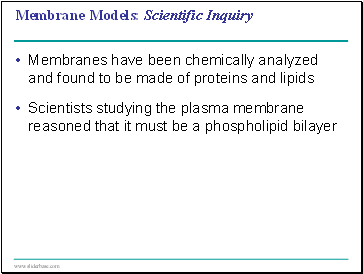 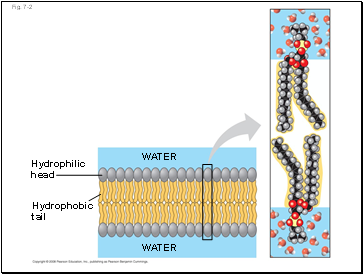 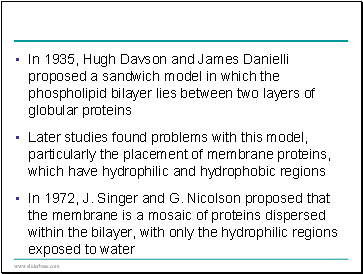 In 1935, Hugh Davson and James Danielli proposed a sandwich model in which the phospholipid bilayer lies between two layers of globular proteins

Later studies found problems with this model, particularly the placement of membrane proteins, which have hydrophilic and hydrophobic regions

In 1972, J. Singer and G. Nicolson proposed that the membrane is a mosaic of proteins dispersed within the bilayer, with only the hydrophilic regions exposed to water 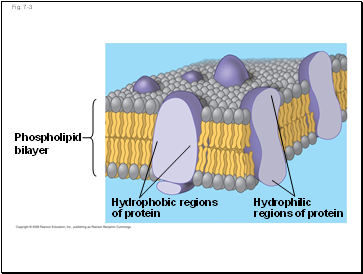 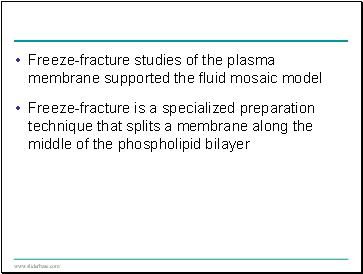 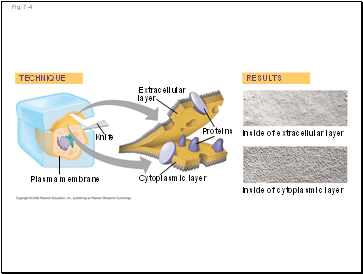 Inside of extracellular layer

Inside of cytoplasmic layer 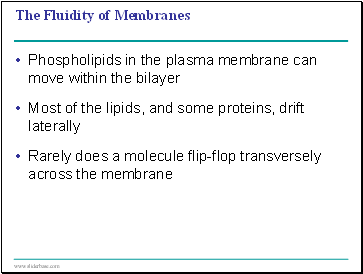 The Fluidity of Membranes

Phospholipids in the plasma membrane can move within the bilayer