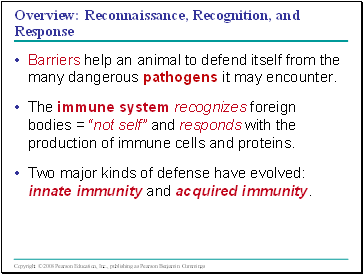 Barriers help an animal to defend itself from the many dangerous pathogens it may encounter.

The immune system recognizes foreign bodies = “not self” and responds with the production of immune cells and proteins. 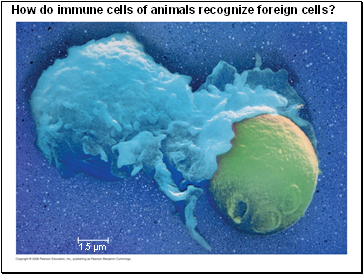 How do immune cells of animals recognize foreign cells? 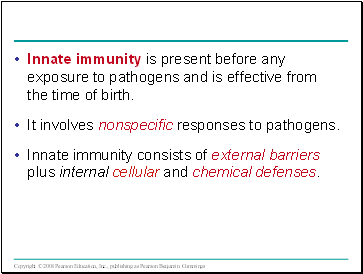 Innate immunity is present before any exposure to pathogens and is effective from the time of birth.

It involves nonspecific responses to pathogens. 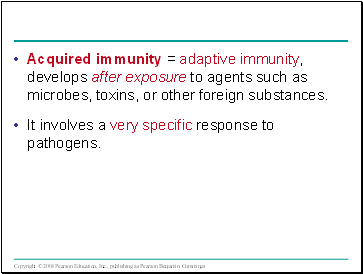 Acquired immunity = adaptive immunity, develops after exposure to agents such as microbes, toxins, or other foreign substances.

It involves a very specific response to pathogens. 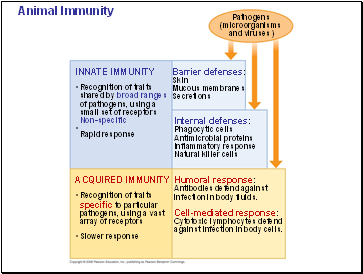 of pathogens, using a

against infection in body cells. 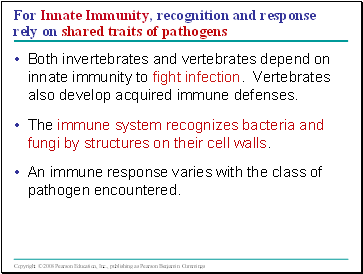 For Innate Immunity, recognition and response rely on shared traits of pathogens

The immune system recognizes bacteria and fungi by structures on their cell walls.

An immune response varies with the class of pathogen encountered. 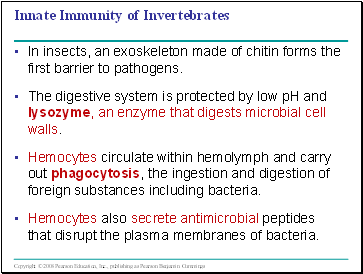 In insects, an exoskeleton made of chitin forms the first barrier to pathogens.

The digestive system is protected by low pH and lysozyme, an enzyme that digests microbial cell walls.

Hemocytes circulate within hemolymph and carry out phagocytosis, the ingestion and digestion of foreign substances including bacteria.