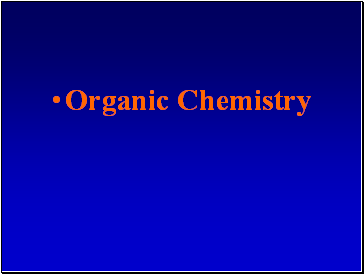 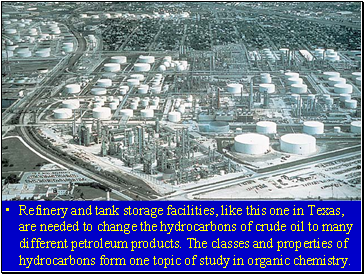 Refinery and tank storage facilities, like this one in Texas, are needed to change the hydrocarbons of crude oil to many different petroleum products. The classes and properties of hydrocarbons form one topic of study in organic chemistry. 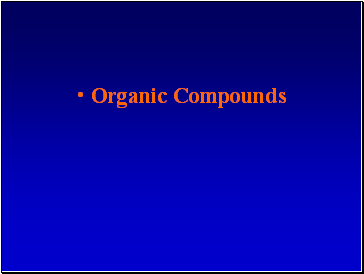 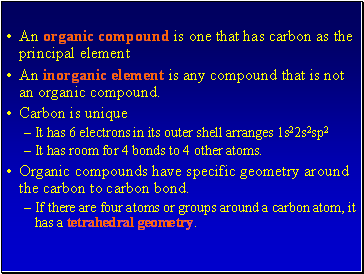 An inorganic element is any compound that is not an organic compound.

It has 6 electrons in its outer shell arranges 1s22s2sp2

It has room for 4 bonds to 4 other atoms.

Organic compounds have specific geometry around the carbon to carbon bond.

If there are four atoms or groups around a carbon atom, it has a tetrahedral geometry. 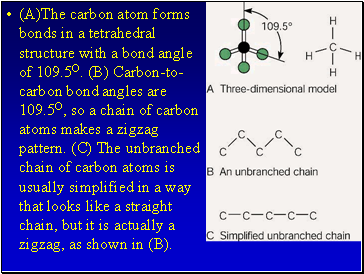 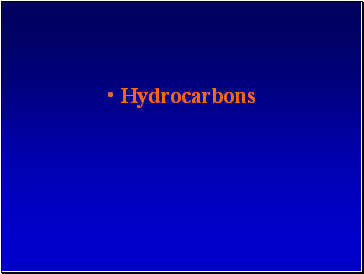 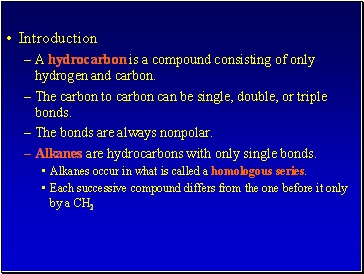 A hydrocarbon is a compound consisting of only hydrogen and carbon.

The carbon to carbon can be single, double, or triple bonds.

The bonds are always nonpolar.

Alkanes are hydrocarbons with only single bonds.

Alkanes occur in what is called a homologous series. 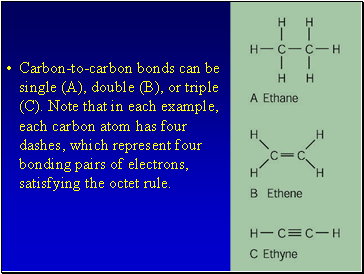 Carbon-to-carbon bonds can be single (A), double (B), or triple (C). Note that in each example, each carbon atom has four dashes, which represent four bonding pairs of electrons, satisfying the octet rule. 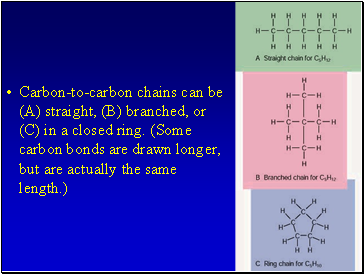 Carbon-to-carbon chains can be (A) straight, (B) branched, or (C) in a closed ring. (Some carbon bonds are drawn longer, but are actually the same length.) 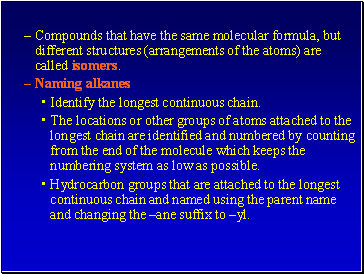 Compounds that have the same molecular formula, but different structures (arrangements of the atoms) are called isomers.