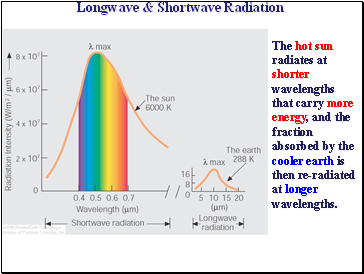 The hot sun radiates at shorter wavelengths that carry more energy, and the fraction absorbed by the cooler earth is then re-radiated at longer wavelengths. 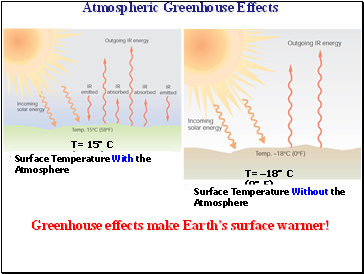 Surface Temperature With the Atmosphere

Surface Temperature Without the Atmosphere 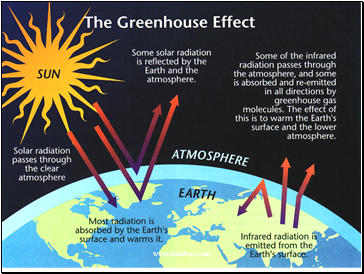 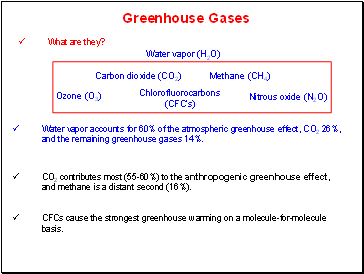 Water vapor accounts for 60% of the atmospheric greenhouse effect, CO2 26%, and the remaining greenhouse gases 14%.

CO2 contributes most (55-60%) to the anthropogenic greenhouse effect, and methane is a distant second (16%).

CFCs cause the strongest greenhouse warming on a molecule-for-molecule basis. 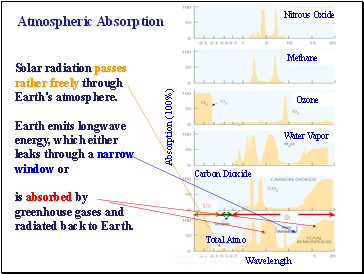 Earth emits longwave energy, which either leaks through a narrow window or

is absorbed by greenhouse gases and radiated back to Earth. 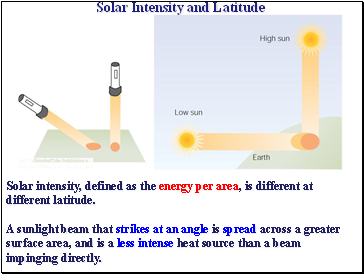 Solar intensity, defined as the energy per area, is different at different latitude.

A sunlight beam that strikes at an angle is spread across a greater surface area, and is a less intense heat source than a beam impinging directly. 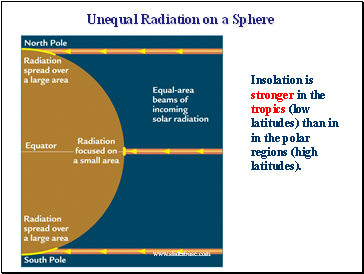 Unequal Radiation on a Sphere

Insolation is stronger in the tropics (low latitudes) than in in the polar regions (high latitudes). 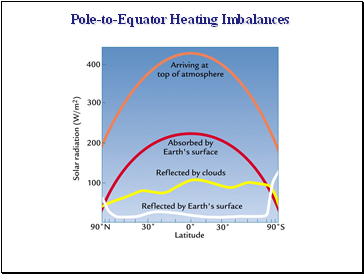 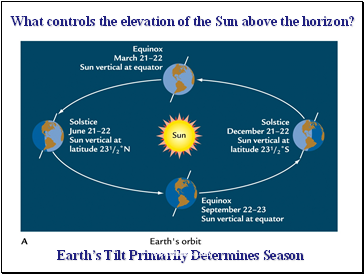 What controls the elevation of the Sun above the horizon? 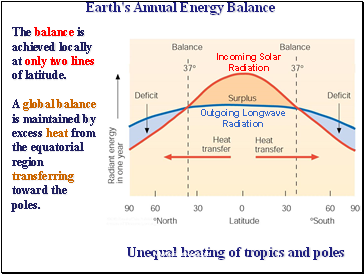 The balance is achieved locally at only two lines of latitude.