The ballet barre also extends the base of support, with the hand acting as a “third foot.” 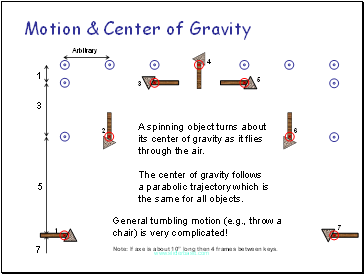 A spinning object turns about its center of gravity as it flies through the air.

The center of gravity follows a parabolic trajectory which is the same for all objects.

Note: If axe is about 10” long then 4 frames between keys. 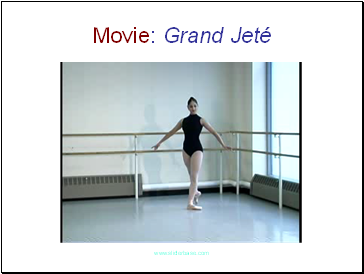 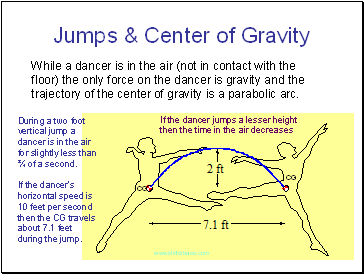 While a dancer is in the air (not in contact with the floor) the only force on the dancer is gravity and the trajectory of the center of gravity is a parabolic arc.

During a two foot vertical jump a dancer is in the air for slightly less than ¾ of a second.

If the dancer’s horizontal speed is 10 feet per second then the CG travels about 7.1 feet during the jump. 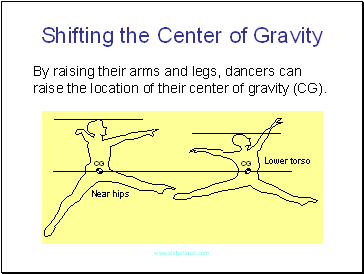 Shifting the Center of Gravity

By raising their arms and legs, dancers can raise the location of their center of gravity (CG). 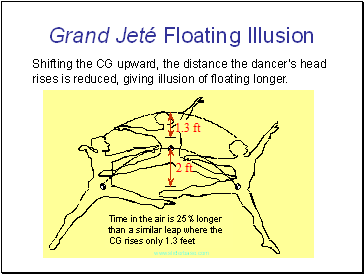 Time in the air is 25% longer than a similar leap where the CG rises only 1.3 feet 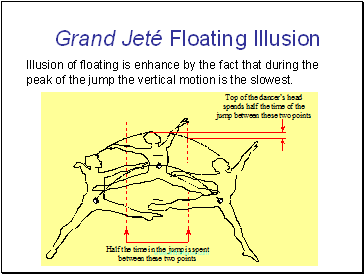 Illusion of floating is enhance by the fact that during the peak of the jump the vertical motion is the slowest. 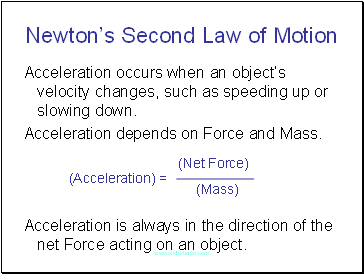 Acceleration occurs when an object’s velocity changes, such as speeding up or slowing down.

Acceleration depends on Force and Mass.

Acceleration is always in the direction of the net Force acting on an object. 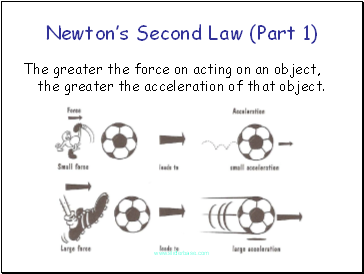 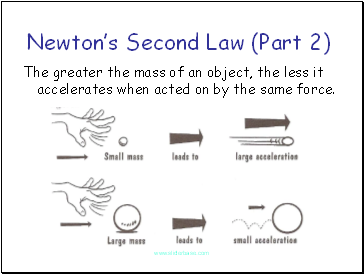