Archimedes Blast From The Past
Page
1

Presentations / Mathematics / Archimedes Blast From The Past 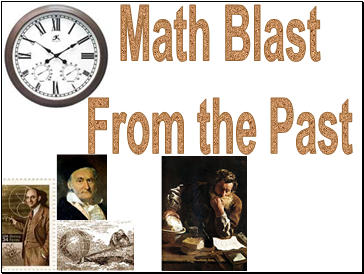 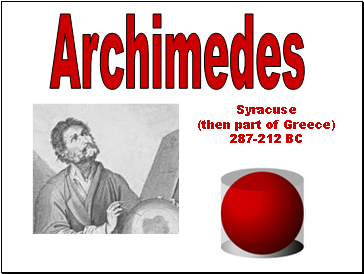 (then part of Greece) 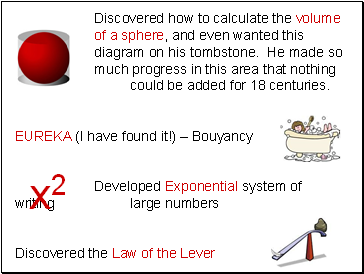 Discovered how to calculate the volume of a sphere, and even wanted this diagram on his tombstone. He made so much progress in this area that nothing could be added for 18 centuries.

EUREKA (I have found it!) – Bouyancy

Discovered the Law of the Lever 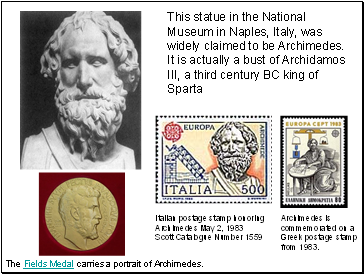 This statue in the National Museum in Naples, Italy, was widely claimed to be Archimedes.

It is actually a bust of Archidamos III, a third century BC king of Sparta

Archimedes is commemorated on a

The Fields Medal carries a portrait of Archimedes. 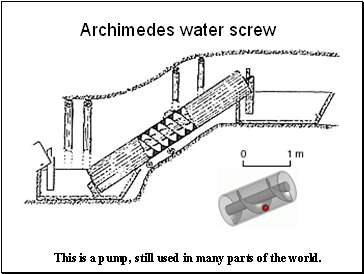 This is a pump, still used in many parts of the world. 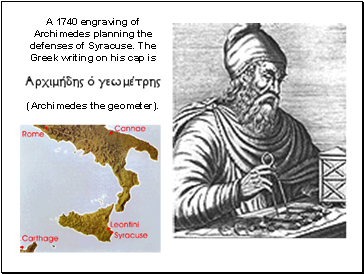 A 1740 engraving of Archimedes planning the defenses of Syracuse. The Greek writing on his cap is 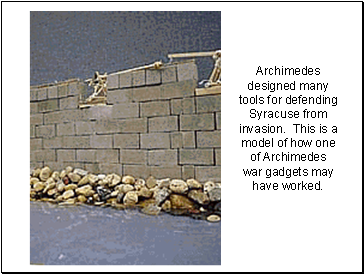 Archimedes designed many tools for defending Syracuse from invasion. This is a model of how one of Archimedes

war gadgets may have worked. 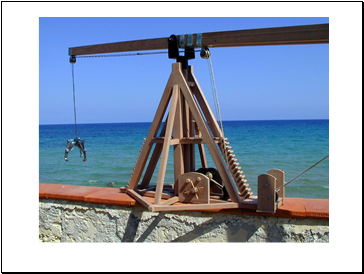 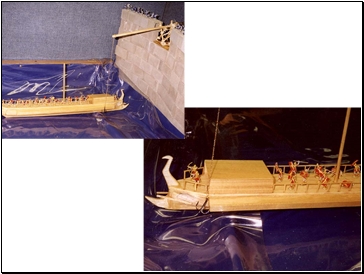 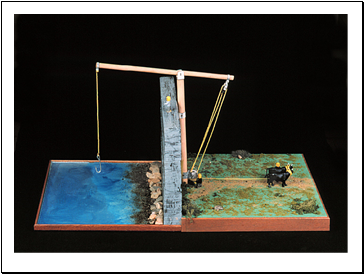 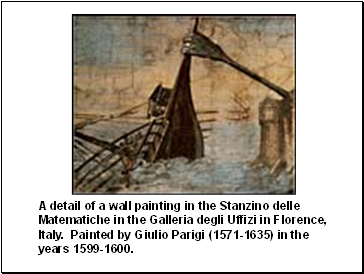 A detail of a wall painting in the Stanzino delle Matematiche in the Galleria degli Uffizi in Florence, Italy. Painted by Giulio Parigi (1571-1635) in the years 1599-1600. 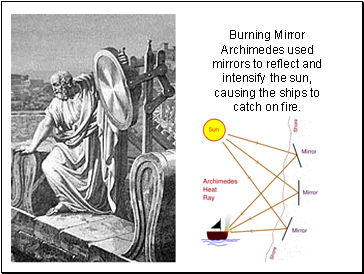 Archimedes used mirrors to reflect and intensify the sun, causing the ships to catch on fire. 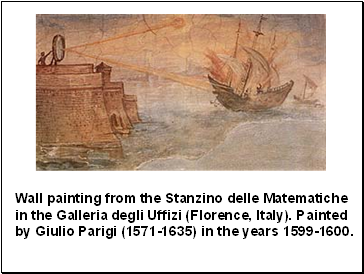 Wall painting from the Stanzino delle Matematiche in the Galleria degli Uffizi (Florence, Italy). Painted by Giulio Parigi (1571-1635) in the years 1599-1600. 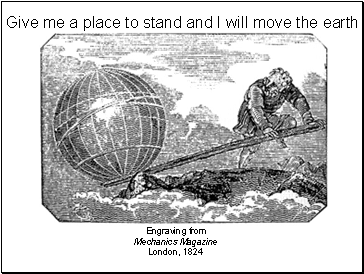