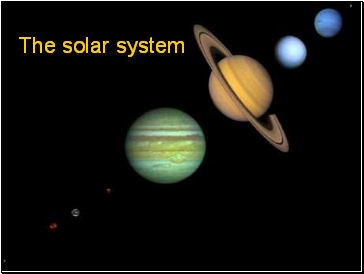 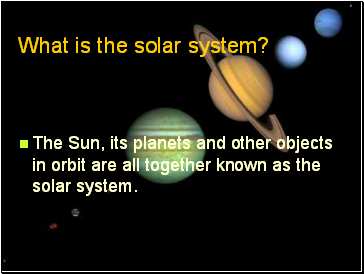 What is the solar system?

The Sun, its planets and other objects in orbit are all together known as the solar system. 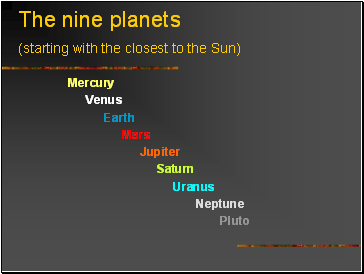 (starting with the closest to the Sun) 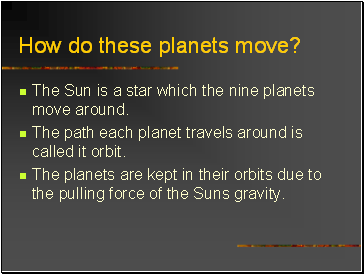 How do these planets move?

The Sun is a star which the nine planets move around.

The path each planet travels around is called it orbit.

The planets are kept in their orbits due to the pulling force of the Suns gravity. 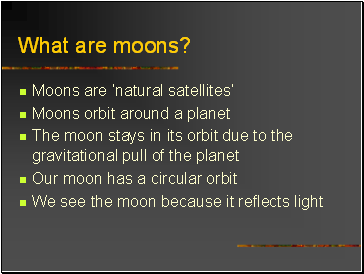 Moons orbit around a planet

Our moon has a circular orbit

We see the moon because it reflects light 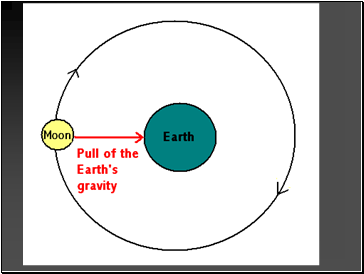 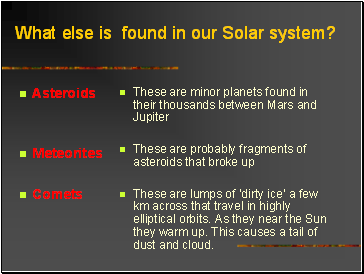 What else is found in our Solar system?

These are probably fragments of asteroids that broke up

These are lumps of ‘dirty ice’ a few km across that travel in highly elliptical orbits. As they near the Sun they warm up. This causes a tail of dust and cloud. 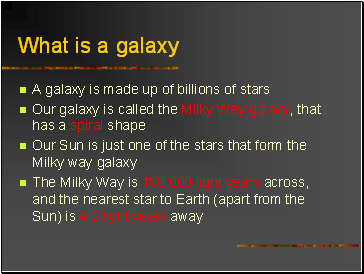 What is a galaxy

A galaxy is made up of billions of stars

Our galaxy is called the Milky Way galaxy, that has a spiral shape

The Milky Way is 100 000 light years across, and the nearest star to Earth (apart from the Sun) is 4.2 light years away 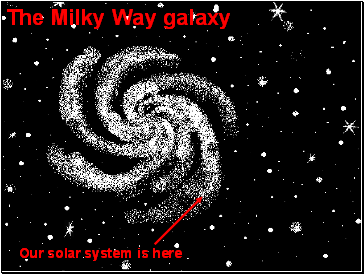 Our solar system is here 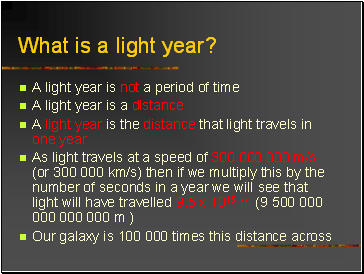 What is a light year?

A light year is not a period of time

A light year is a distance