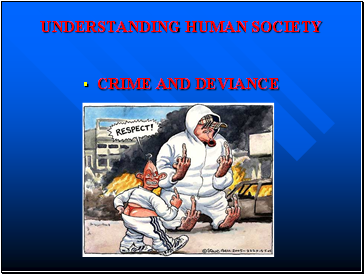 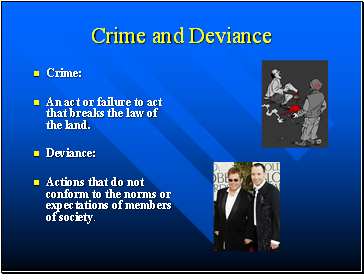 An act or failure to act that breaks the law of the land.

Actions that do not conform to the norms or expectations of members of society. 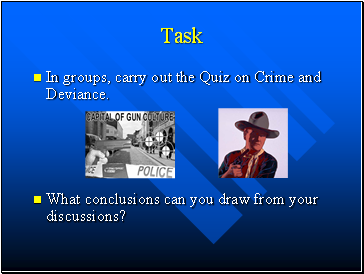 In groups, carry out the Quiz on Crime and Deviance.

What conclusions can you draw from your discussions? 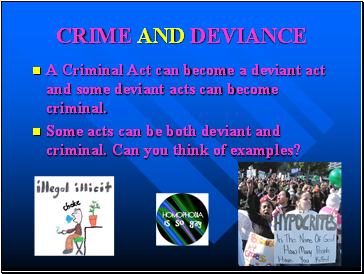 Some acts can be both deviant and criminal. Can you think of examples? 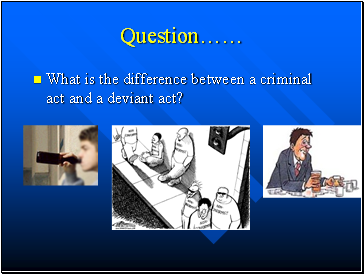 What is the difference between a criminal act and a deviant act? 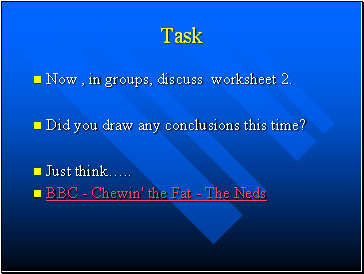 Did you draw any conclusions this time? 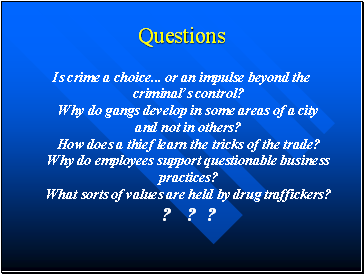 Is crime a choice . or an impulse beyond the criminal’s control? Why do gangs develop in some areas of a city and not in others? How does a thief learn the tricks of the trade? Why do employees support questionable business practices? What sorts of values are held by drug traffickers? ? ? ? 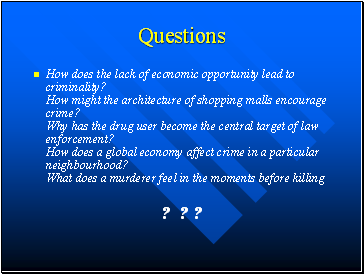 How does the lack of economic opportunity lead to criminality? How might the architecture of shopping malls encourage crime? Why has the drug user become the central target of law enforcement? How does a global economy affect crime in a particular neighbourhood? What does a murderer feel in the moments before killing 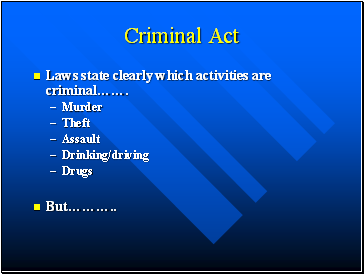 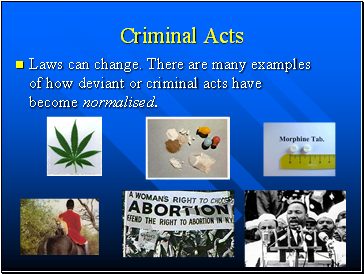 Laws can change. There are many examples of how deviant or criminal acts have become normalised. 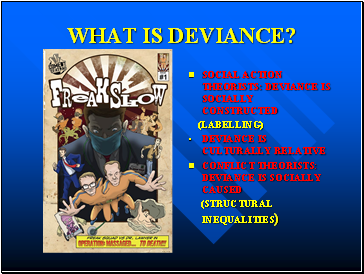