The Sound of Poetry
Page
2

Amplitude - Greatest distance of a wave's rise or fall

Wave Velocity - Wave velocity is the distance a wave travels per second. 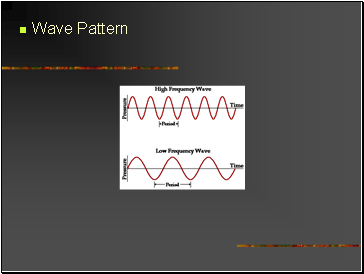 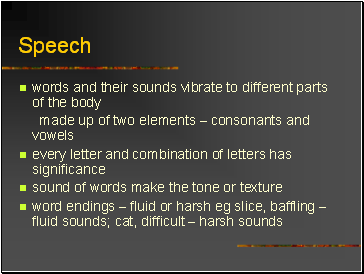 words and their sounds vibrate to different parts of the body

made up of two elements – consonants and vowels

every letter and combination of letters has significance

sound of words make the tone or texture 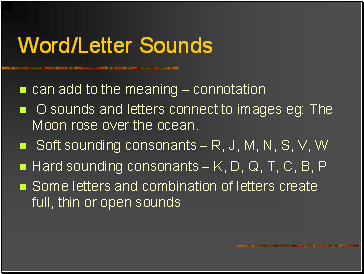 can add to the meaning – connotation

O sounds and letters connect to images eg: The Moon rose over the ocean.

Some letters and combination of letters create full, thin or open sounds