Of Mice and Men
Page
1 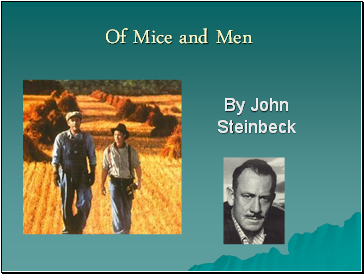 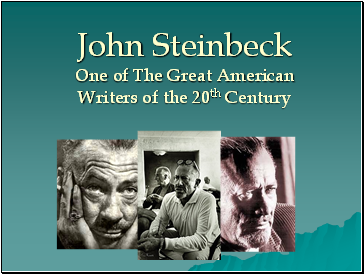 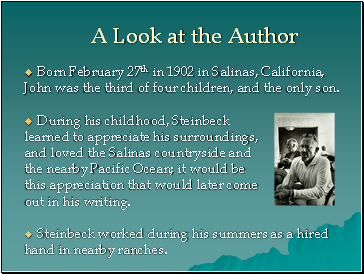 A Look at the Author

John was the third of four children, and the only son.

During his childhood, Steinbeck

learned to appreciate his surroundings,

and loved the Salinas countryside and

the nearby Pacific Ocean; it would be

this appreciation that would later come

out in his writing.

Steinbeck worked during his summers as a hired

hand in nearby ranches. 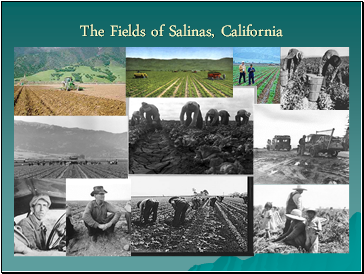 The Fields of Salinas, California 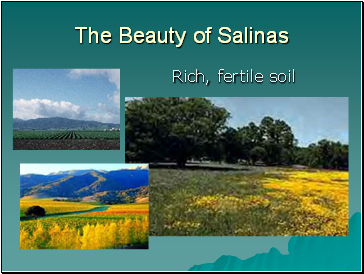 The Beauty of Salinas 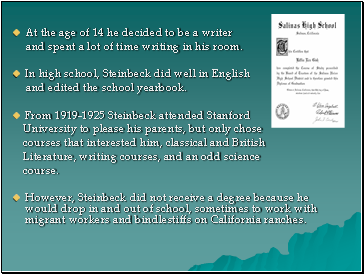 At the age of 14 he decided to be a writer

and spent a lot of time writing in his room.

In high school, Steinbeck did well in English

and edited the school yearbook.

University to please his parents, but only chose

However, Steinbeck did not receive a degree because he would drop in and out of school, sometimes to work with migrant workers and bindlestiffs on California ranches. 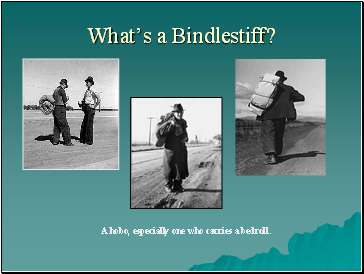 A hobo, especially one who carries a bedroll. 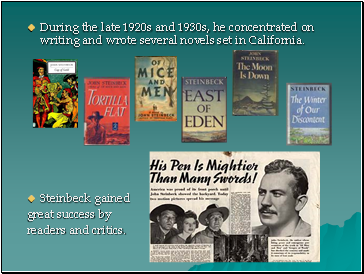 During the late 1920s and 1930s, he concentrated on writing and wrote several novels set in California. 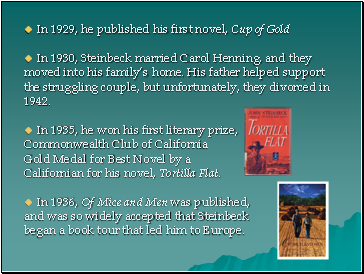 In 1929, he published his first novel, Cup of Gold

In 1930, Steinbeck married Carol Henning, and they

moved into his family’s home. His father helped support

the struggling couple, but unfortunately, they divorced in

Gold Medal for Best Novel by a

Californian for his novel, Tortilla Flat.

and was so widely accepted that Steinbeck

began a book tour that led him to Europe. 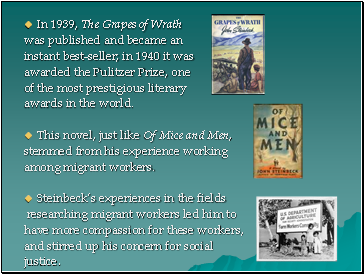