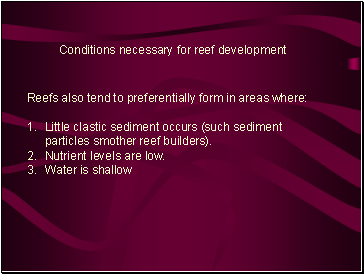 Reefs also tend to preferentially form in areas where: 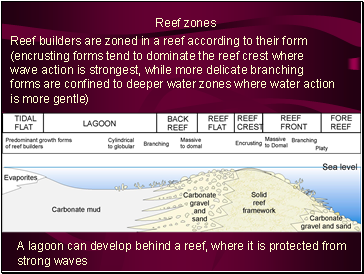 Reef builders are zoned in a reef according to their form (encrusting forms tend to dominate the reef crest where wave action is strongest, while more delicate branching forms are confined to deeper water zones where water action is more gentle)

A lagoon can develop behind a reef, where it is protected from 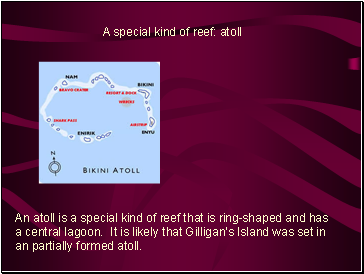 A special kind of reef: atoll

An atoll is a special kind of reef that is ring-shaped and has a central lagoon. It is likely that Gilligan’s Island was set in an partially formed atoll. 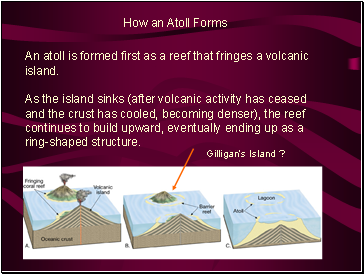 How an Atoll Forms

An atoll is formed first as a reef that fringes a volcanic island.

As the island sinks (after volcanic activity has ceased and the crust has cooled, becoming denser), the reef continues to build upward, eventually ending up as a ring-shaped structure. 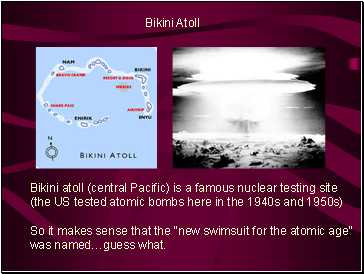 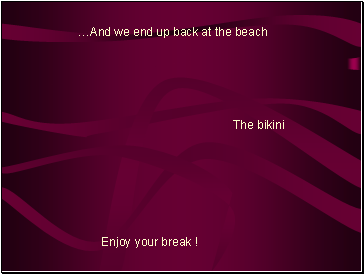 …And we end up back at the beach 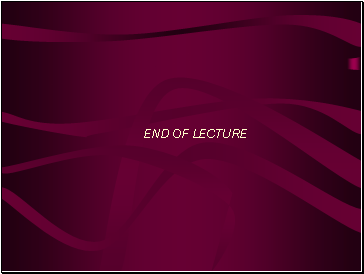