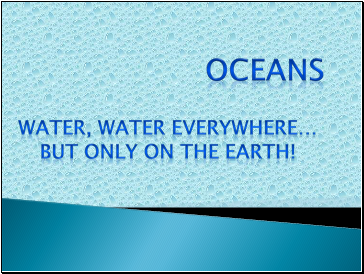 But only on the Earth! 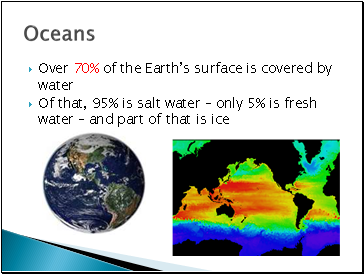 Over 70% of the Earth’s surface is covered by water 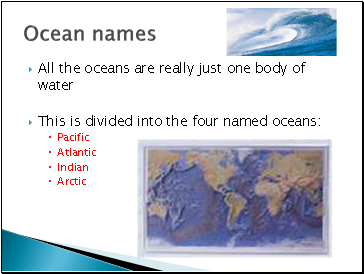 All the oceans are really just one body of water

This is divided into the four named oceans: 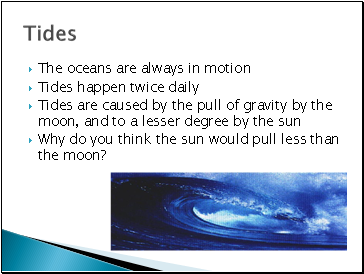 The oceans are always in motion

Tides are caused by the pull of gravity by the moon, and to a lesser degree by the sun

Why do you think the sun would pull less than the moon? 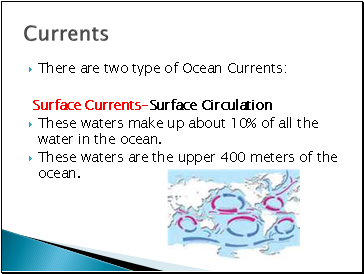 There are two type of Ocean Currents:

These waters make up about 10% of all the water in the ocean.

These waters are the upper 400 meters of the ocean. 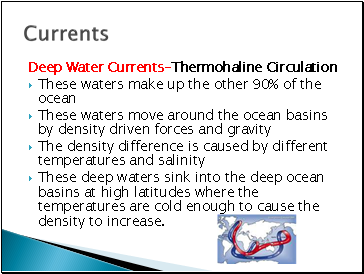 These waters make up the other 90% of the ocean

The density difference is caused by different temperatures and salinity

These deep waters sink into the deep ocean basins at high latitudes where the temperatures are cold enough to cause the density to increase. 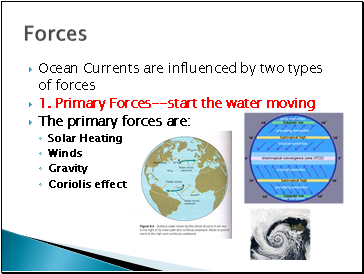 Ocean Currents are influenced by two types of forces

The primary forces are: 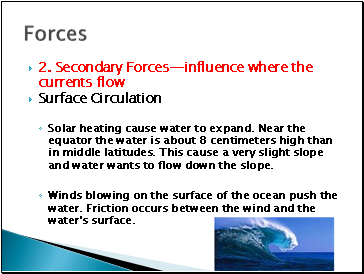 2. Secondary Forces--influence where the currents flow

Solar heating cause water to expand. Near the equator the water is about 8 centimeters high than in middle latitudes. This cause a very slight slope and water wants to flow down the slope.

Winds blowing on the surface of the ocean push the water. Friction occurs between the wind and the water's surface. 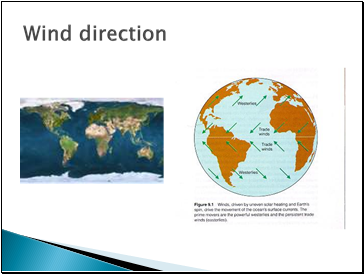 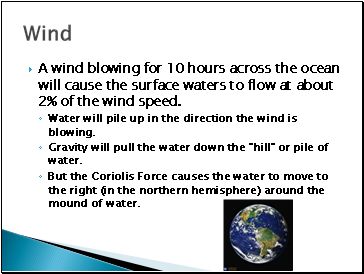 A wind blowing for 10 hours across the ocean will cause the surface waters to flow at about 2% of the wind speed.