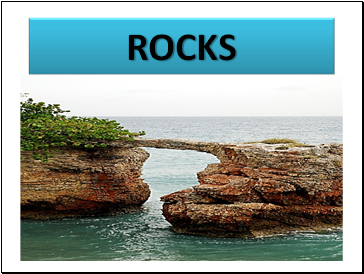 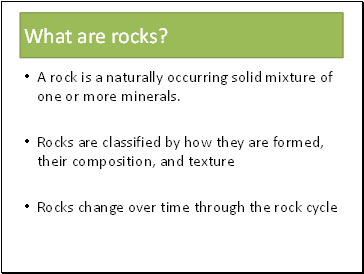 A rock is a naturally occurring solid mixture of one or more minerals.

Rocks are classified by how they are formed, their composition, and texture

Rocks change over time through the rock cycle 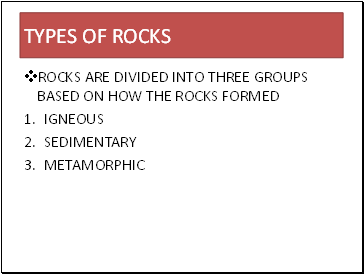 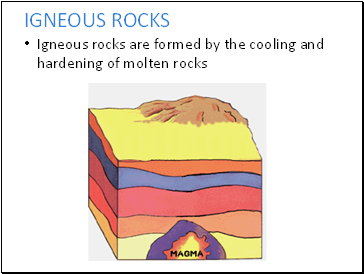 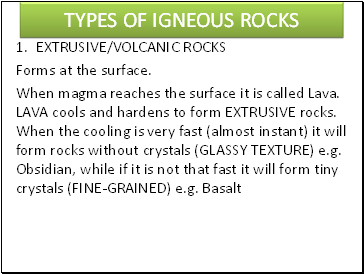 Forms at the surface.

When magma reaches the surface it is called Lava. LAVA cools and hardens to form EXTRUSIVE rocks. When the cooling is very fast (almost instant) it will form rocks without crystals (GLASSY TEXTURE) e.g. Obsidian, while if it is not that fast it will form tiny crystals (FINE-GRAINED) e.g. Basalt 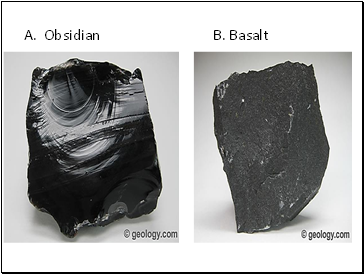 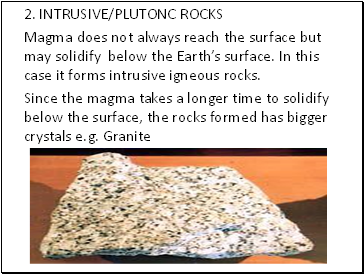 Magma does not always reach the surface but may solidify below the Earth’s surface. In this case it forms intrusive igneous rocks.

Since the magma takes a longer time to solidify below the surface, the rocks formed has bigger crystals e.g. Granite 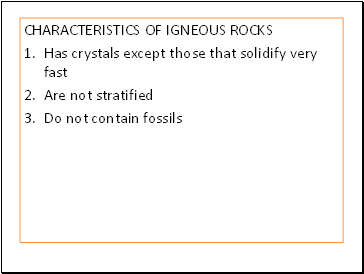 Has crystals except those that solidify very fast

Do not contain fossils 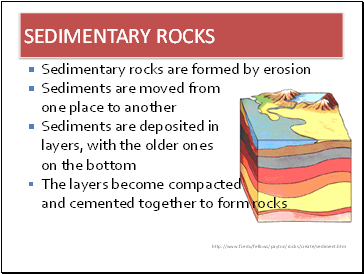 Sedimentary rocks are formed by erosion

Sediments are moved from one place to another

Sediments are deposited in layers, with the older ones

The layers become compacted and cemented together to form rocks 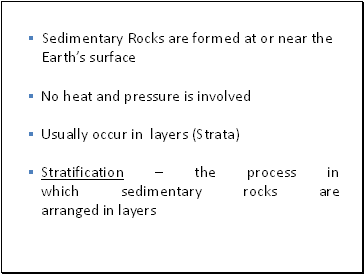 Sedimentary Rocks are formed at or near the Earth’s surface

No heat and pressure is involved

Stratification – the process in which sedimentary rocks are arranged in layers 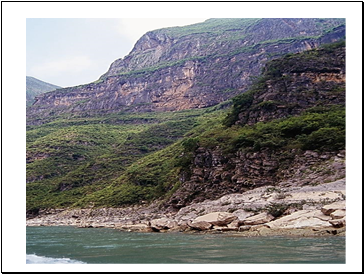