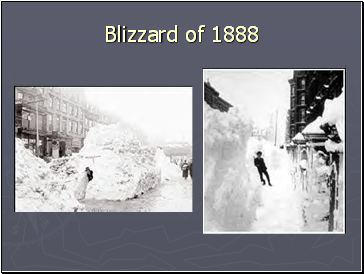 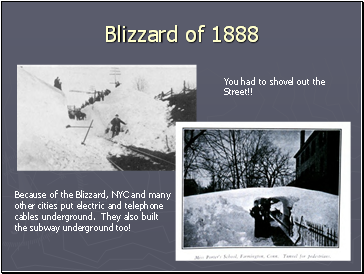 Because of the Blizzard, NYC and many

other cities put electric and telephone

the subway underground too!

You had to shovel out the 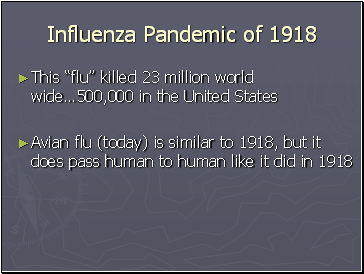 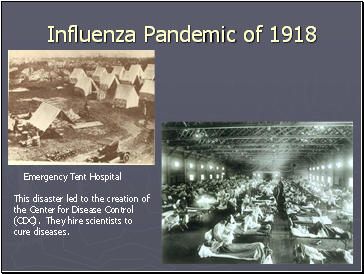 This disaster led to the creation of

the Center for Disease Control

(CDC). They hire scientists to 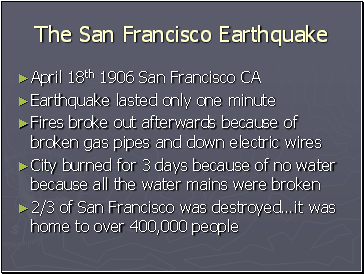 Earthquake lasted only one minute 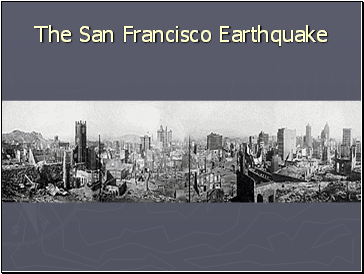 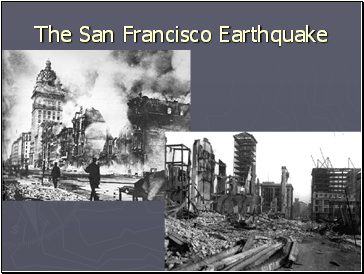 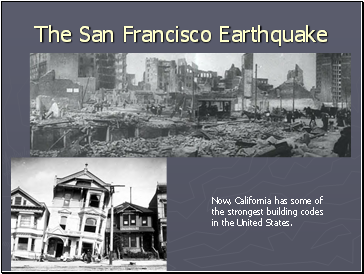 Now, California has some of

in the United States. 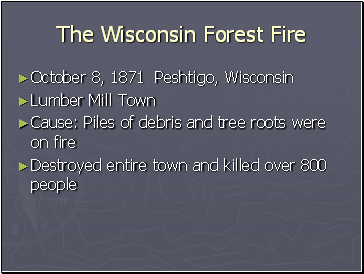 Cause: Piles of debris and tree roots were on fire 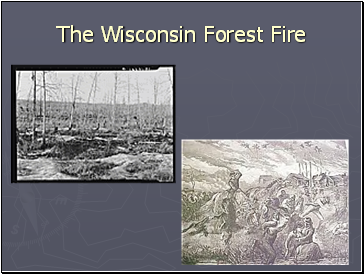 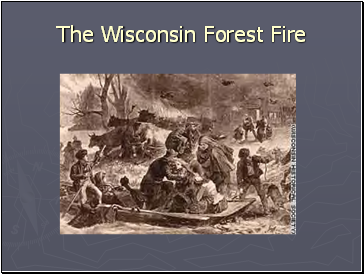 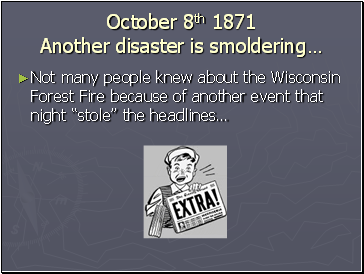 October 8th 1871 Another disaster is smoldering…